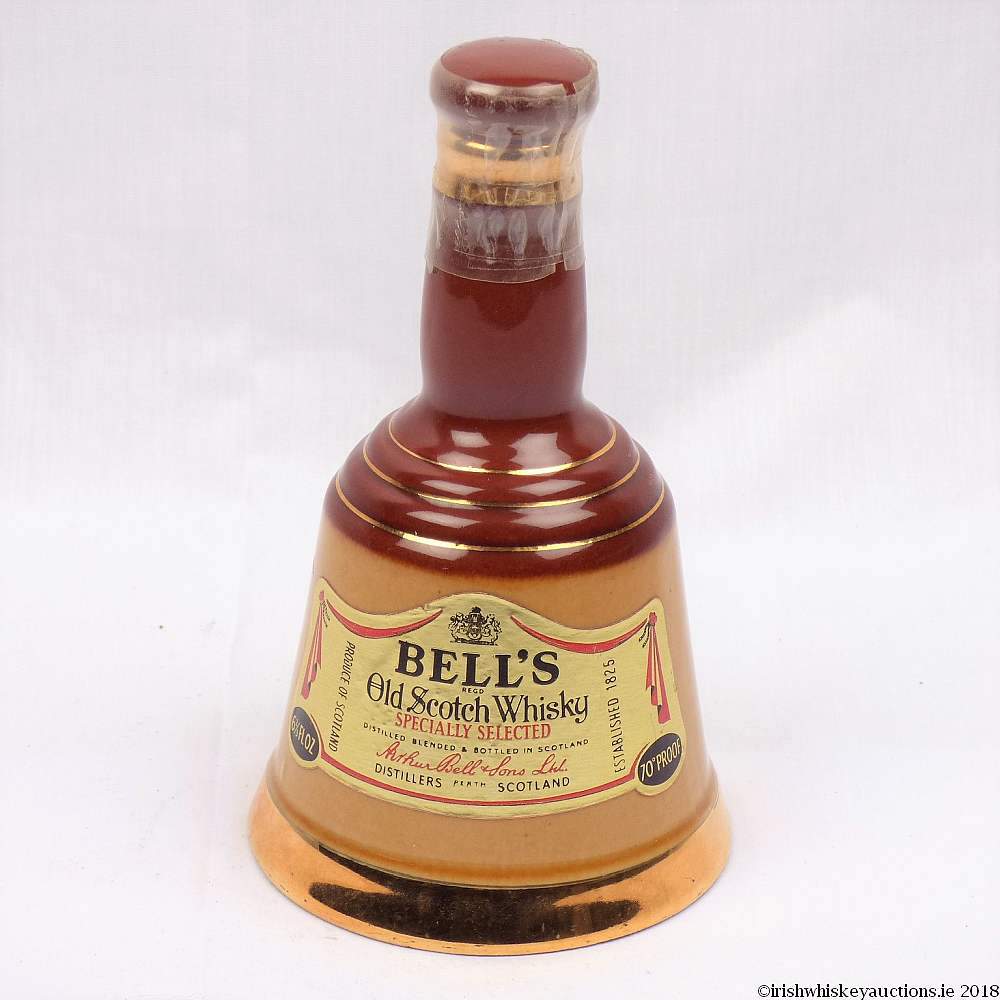 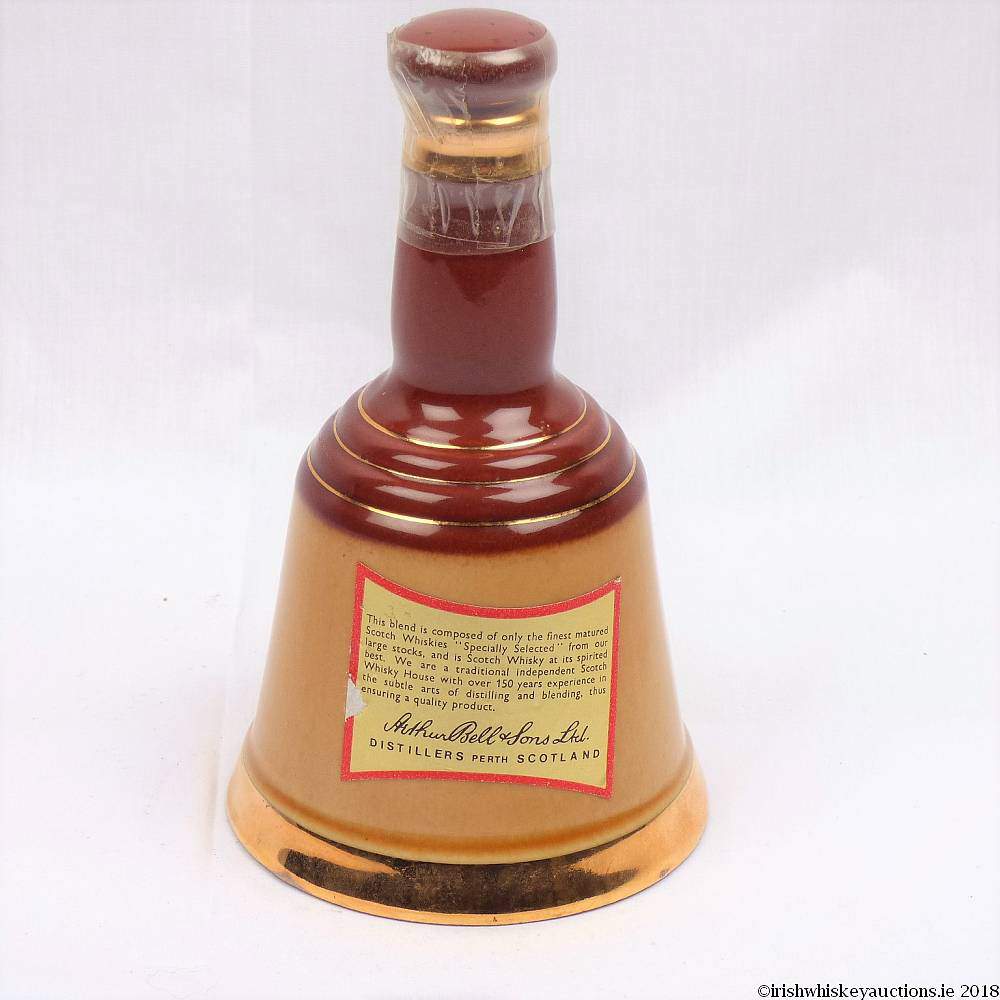 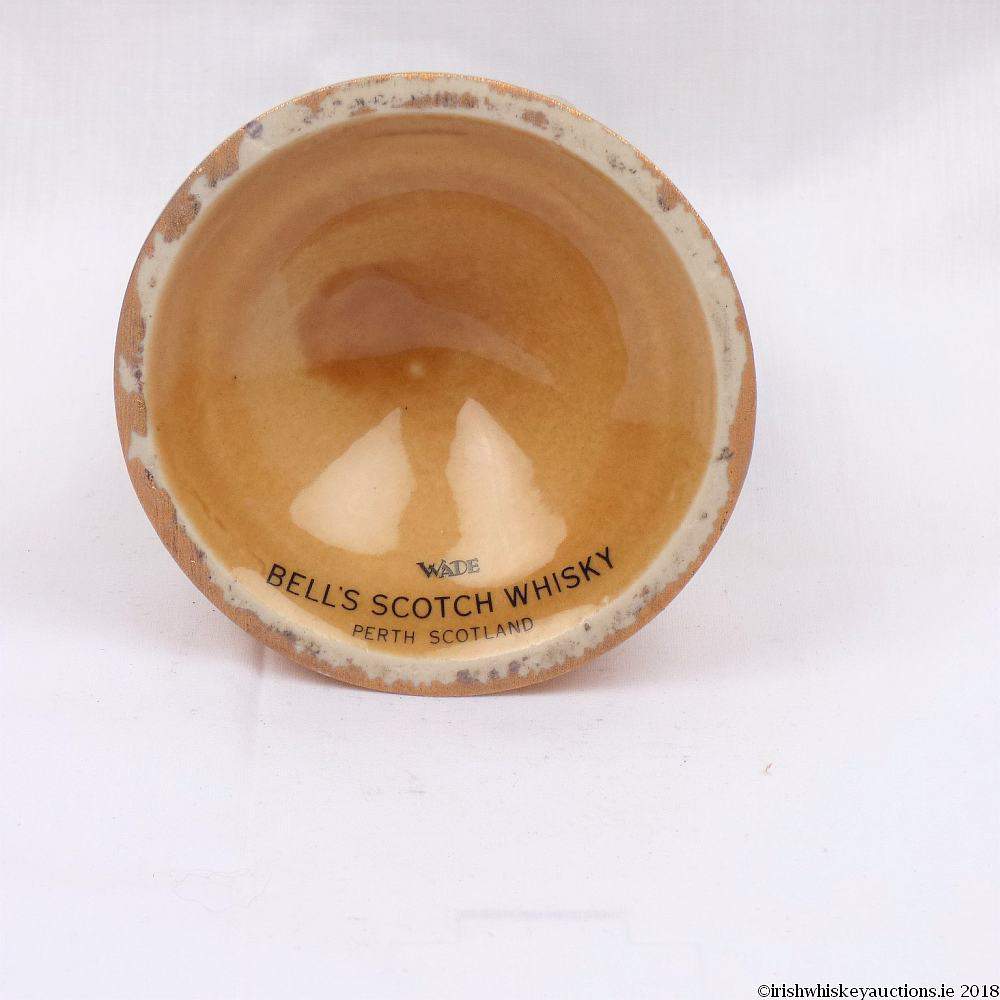 A smaller bottling of the Bells scotch whisky decanter.

some tape on the seal.