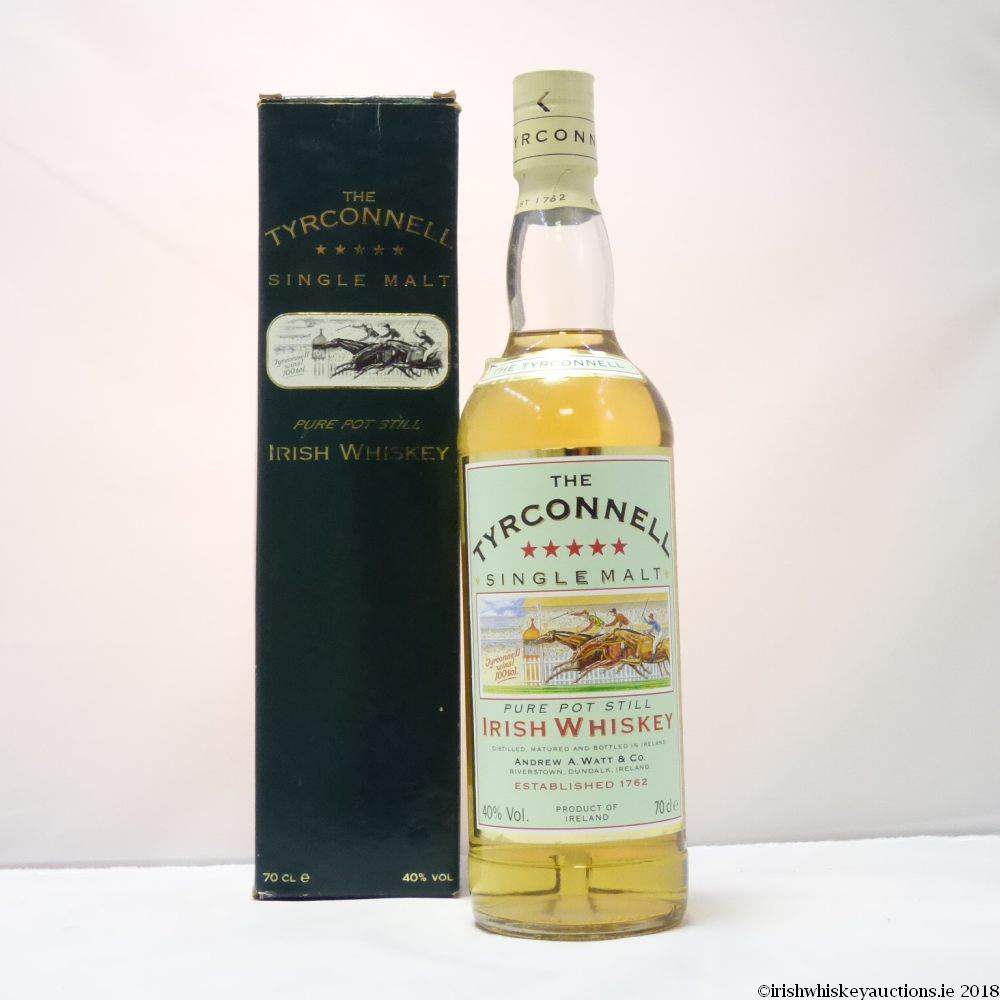 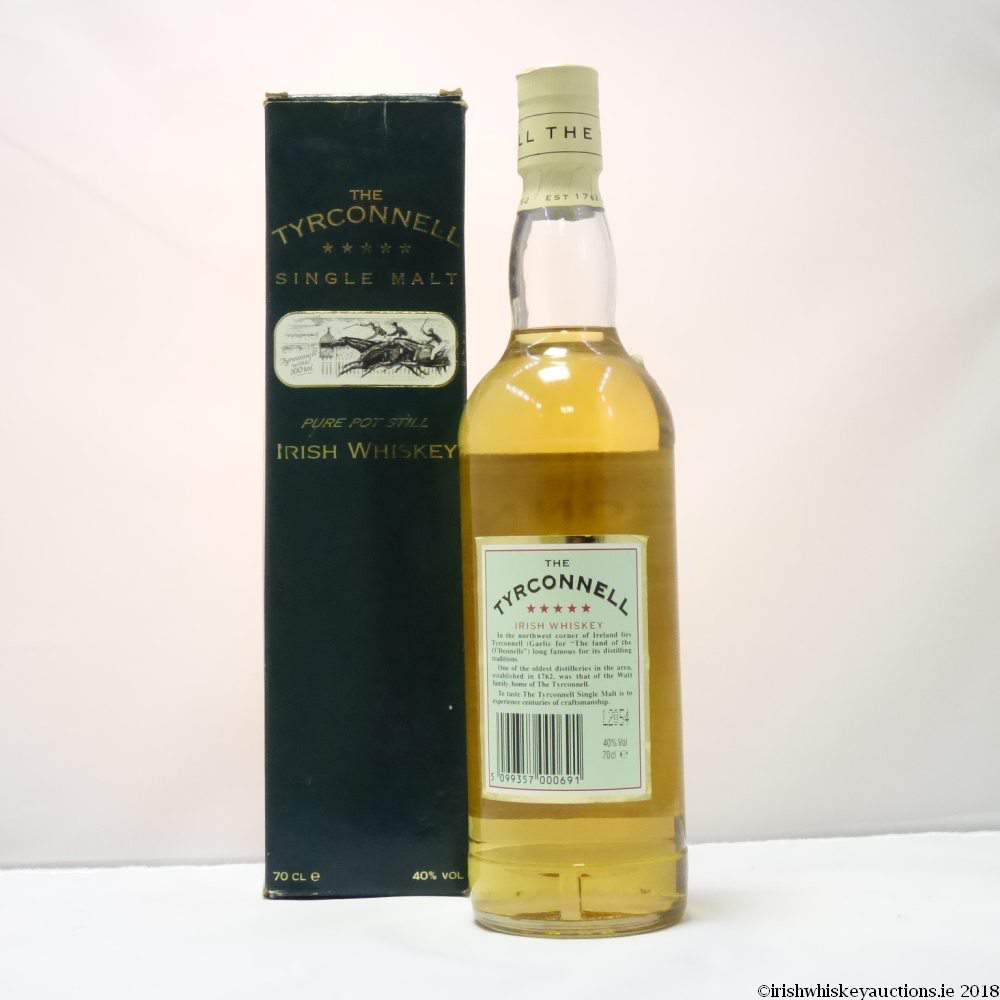 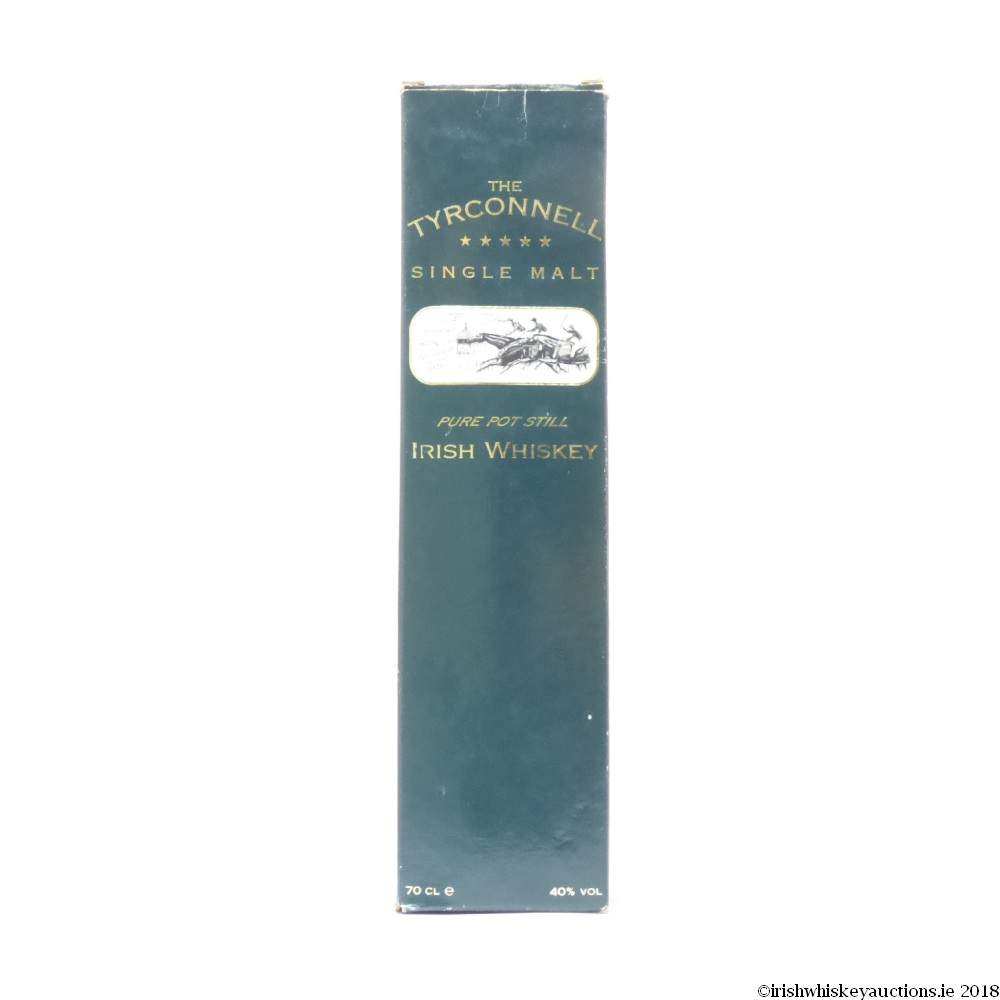 A retail presentation of the Tyrconnell Irish whiskey, we think that this bottle of Tyrconnell Irish Whiskey was produced in either the late 1980s or the early 1990s. From the first batches of Cooley tyrconnell