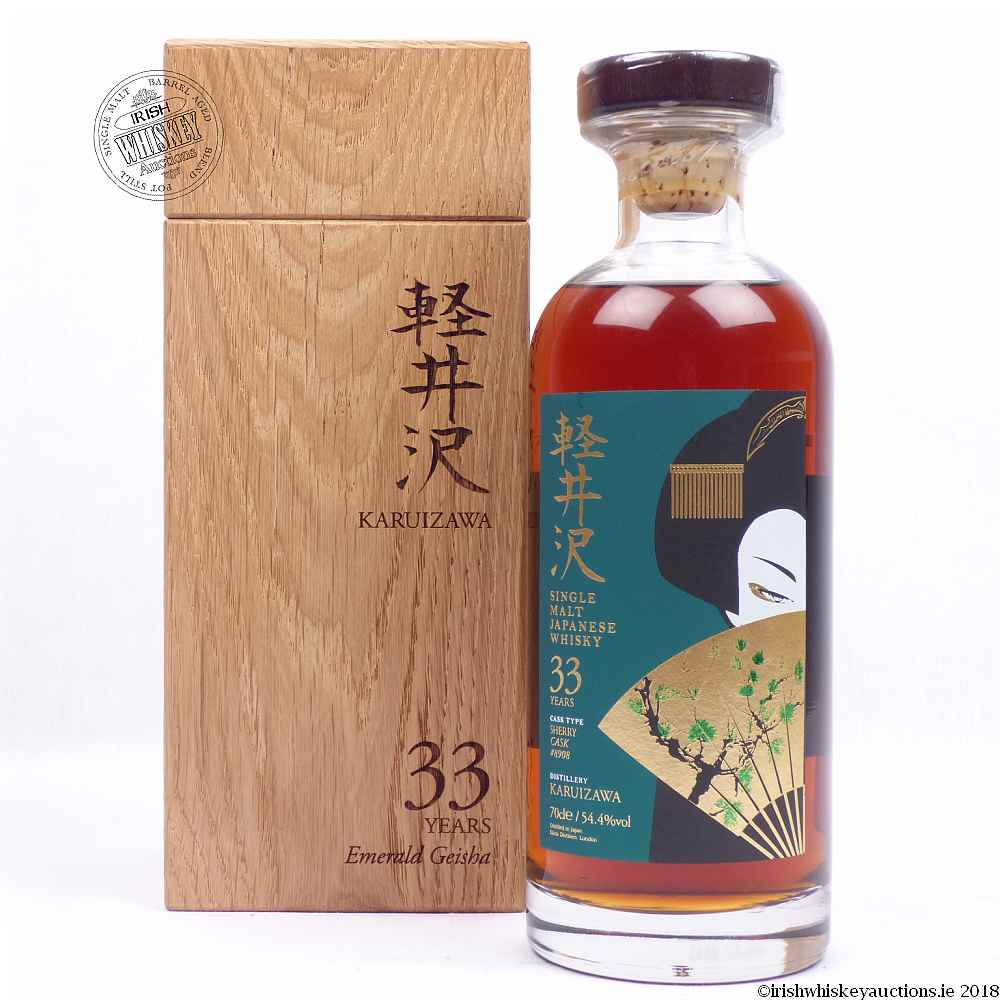 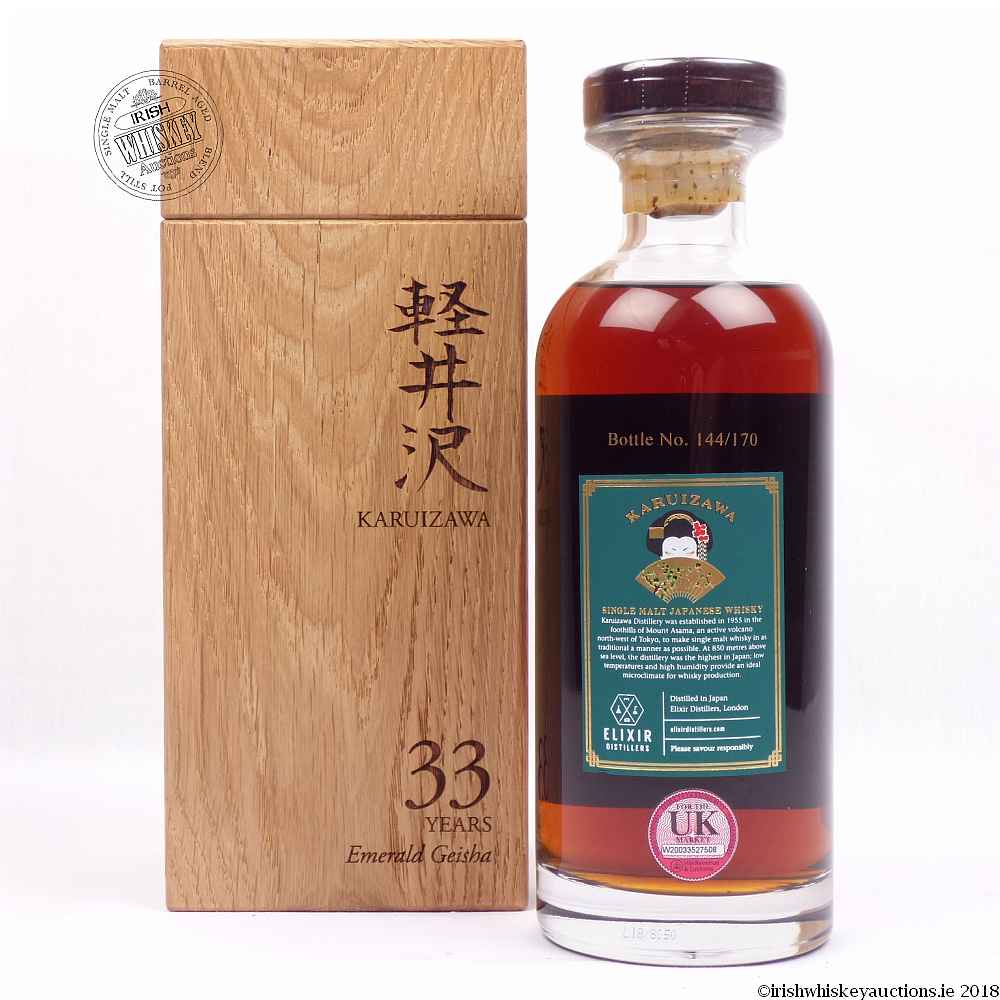 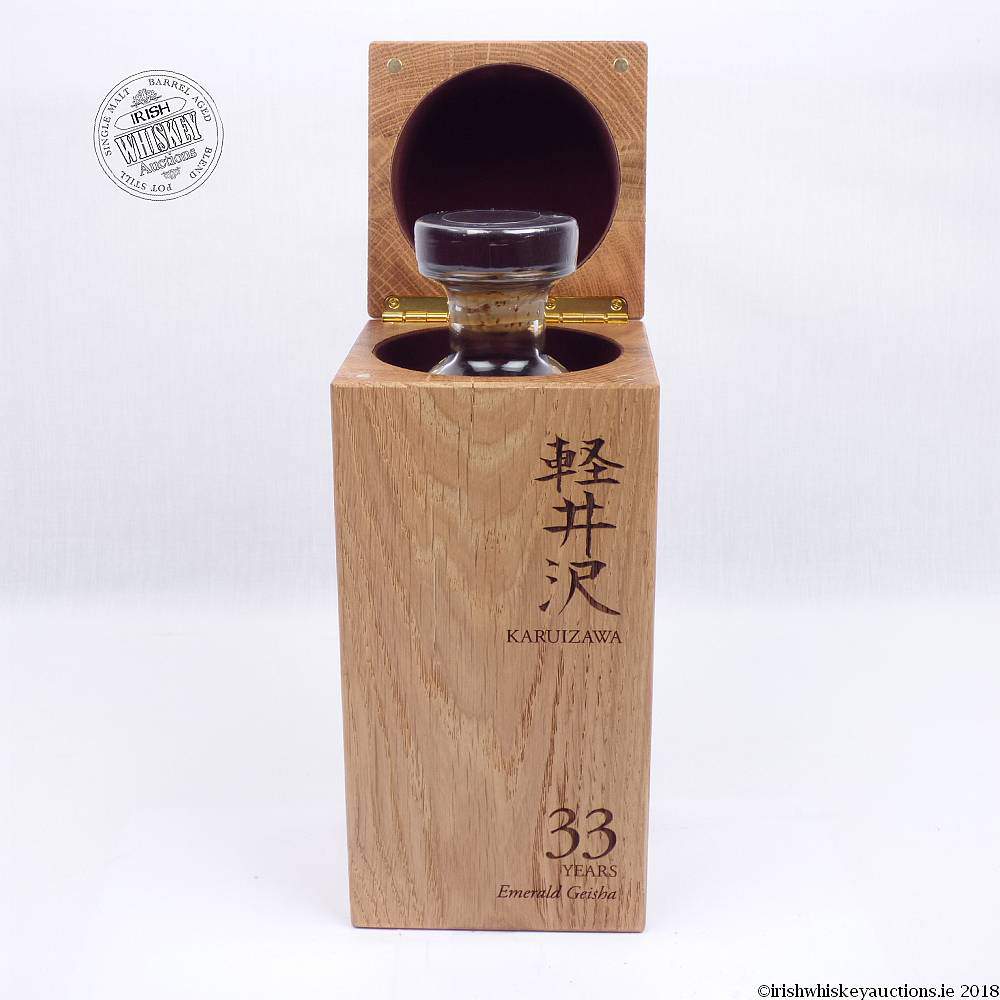 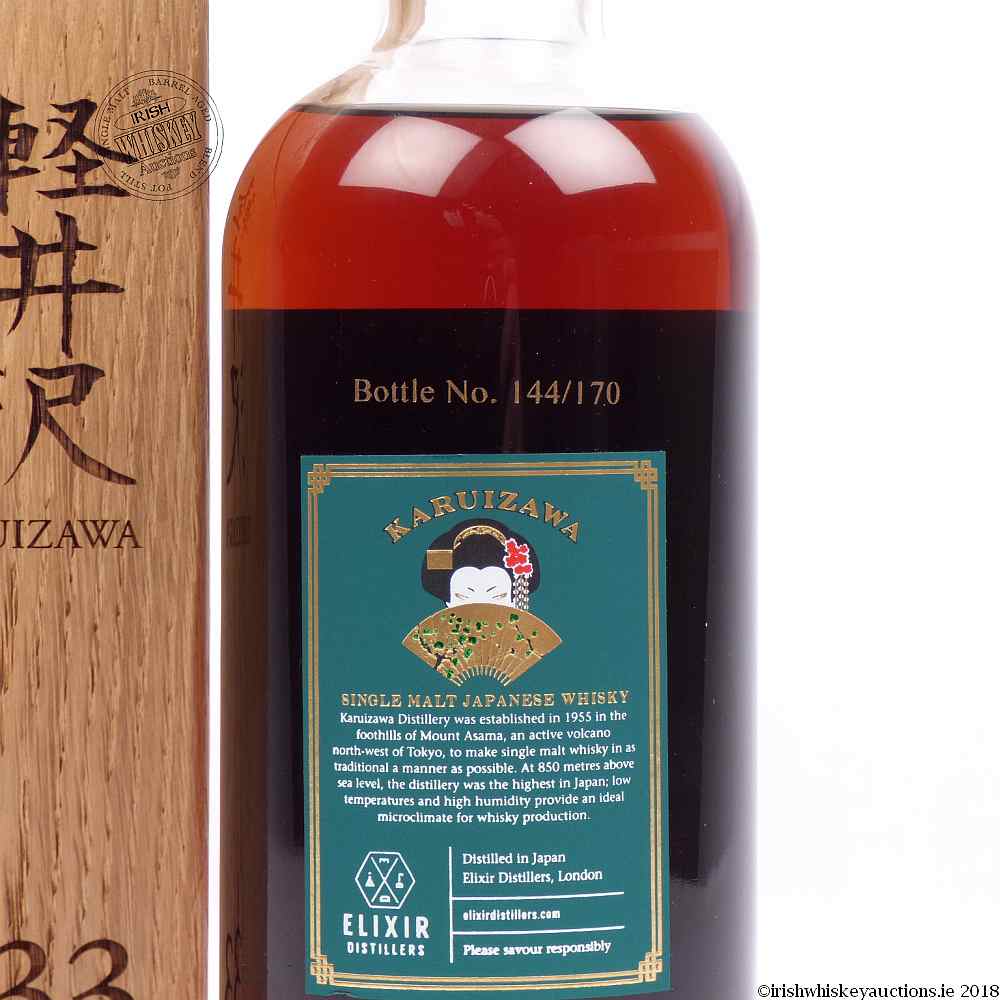 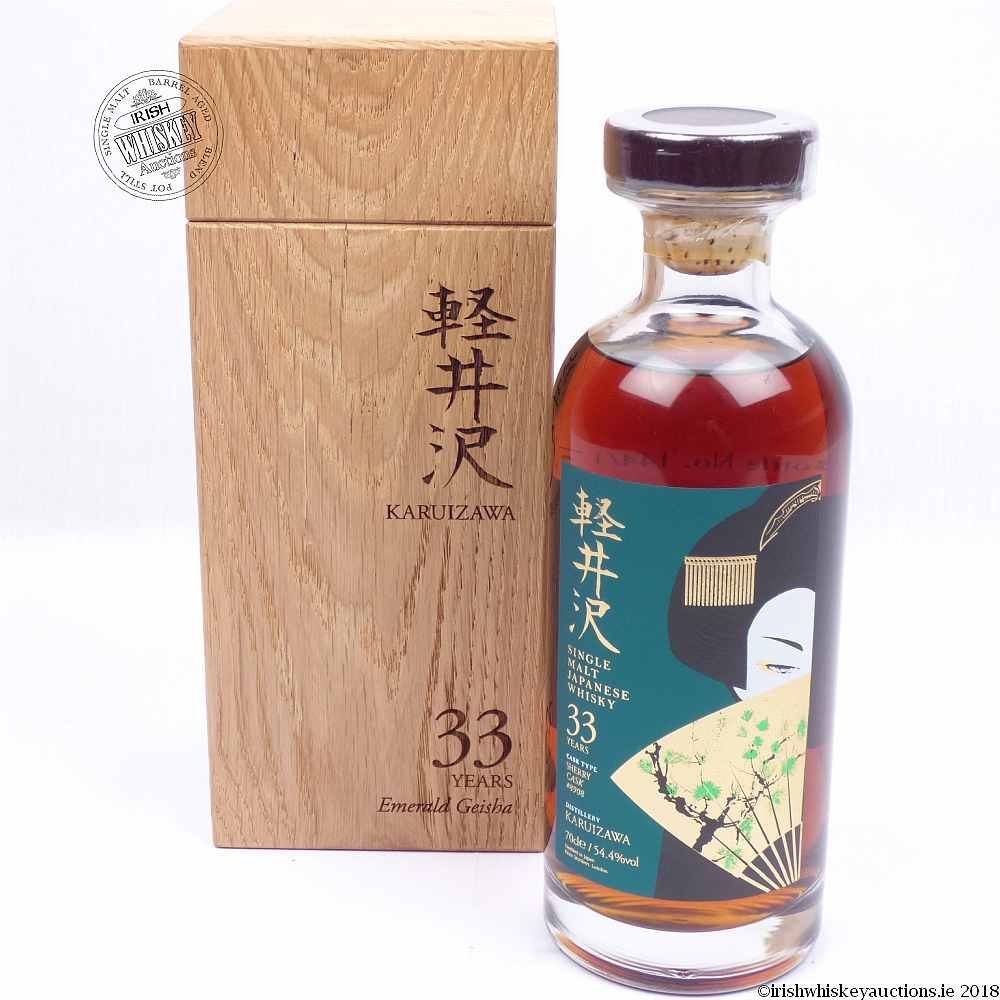 This Karuizawa’s Emerald Geisha is a very rare, very beautiful, very vintage and very Geisha-y bottling from Elixir Distillers (TWE’s bottling branche). It is a follow up to the Golden Geishas release. This single malt aged for 33 years in a sherry cask, the other half of the Emerald Geisha set is a 35 year old Kuruizawa that matured in bourbon wood.

Put together, their labels form the emerald green geisha to which the set is named.

Karuizawa distillery was a Japanese whisky distillery. It was located at Miyota, a town on the southern slopes of an active complex volcano, Mount Asama, in Kitasaku District, Nagano Prefecture, Japan. Established in 1955, the distillery began production in 1956. It was owned by Mercian Corporation and was the smallest in Japan. It was mothballed in 2000, and closed in 2011; the land on which it had stood was sold in 2012.

It is in Immaculate condition and definitely a collectors item as it will only ever increase in value.