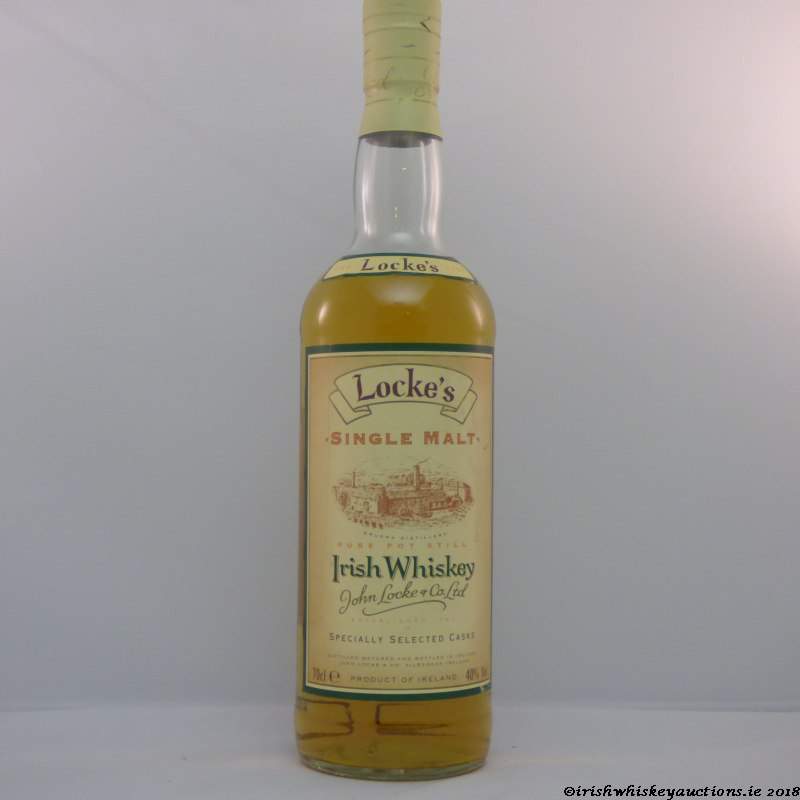 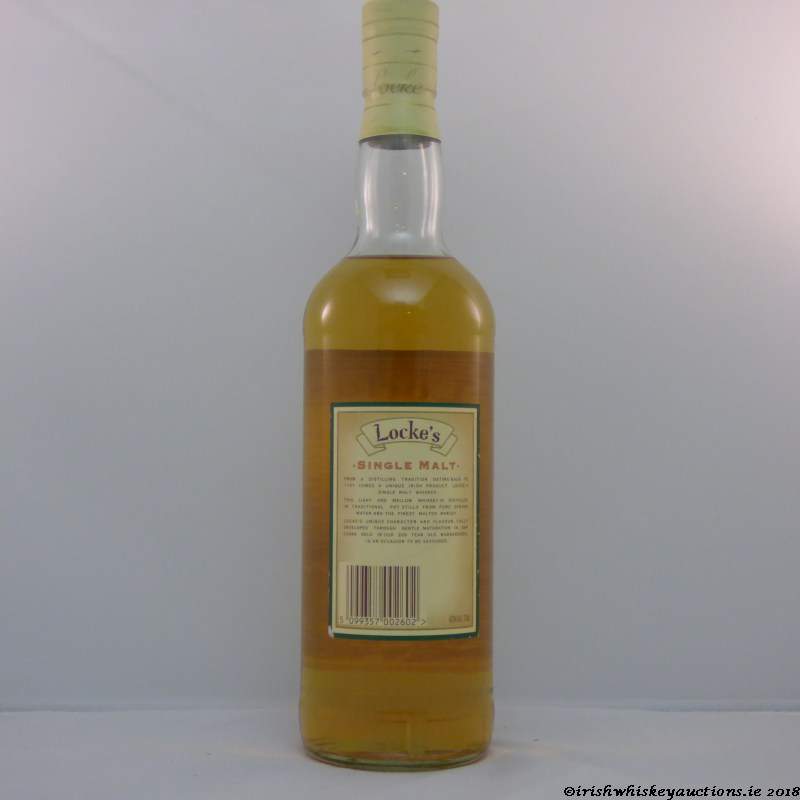 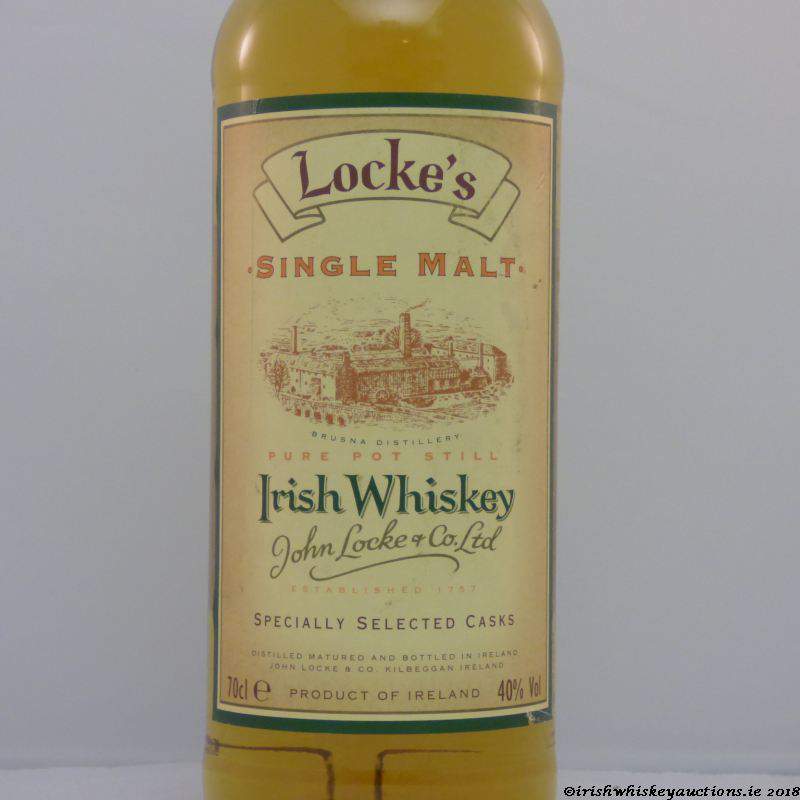 A very early edition of Locke's Single Malt, This was released before Cooley began to put an age statement on their Lockes bottlings.

and also has the confusing  'pure pot still' text