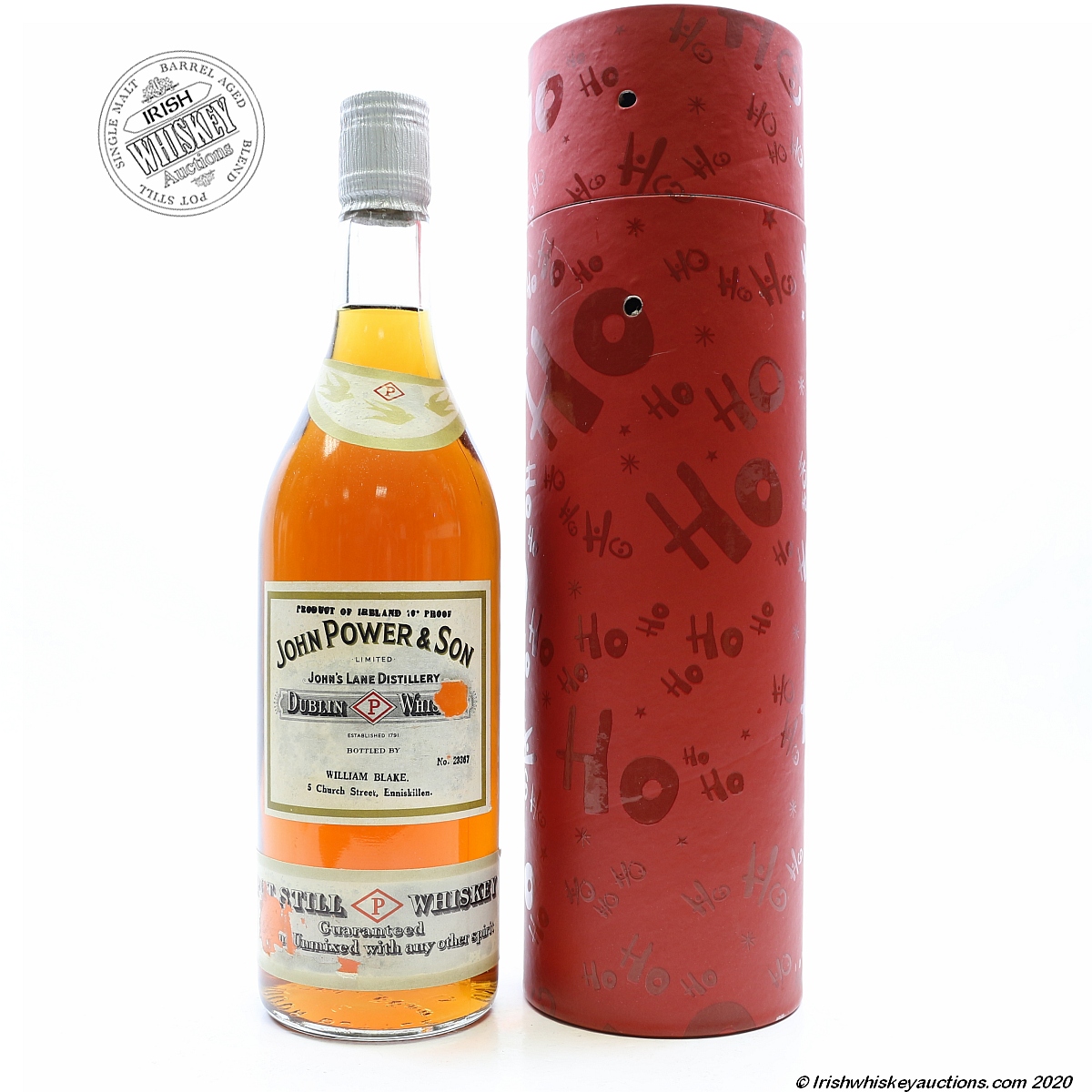 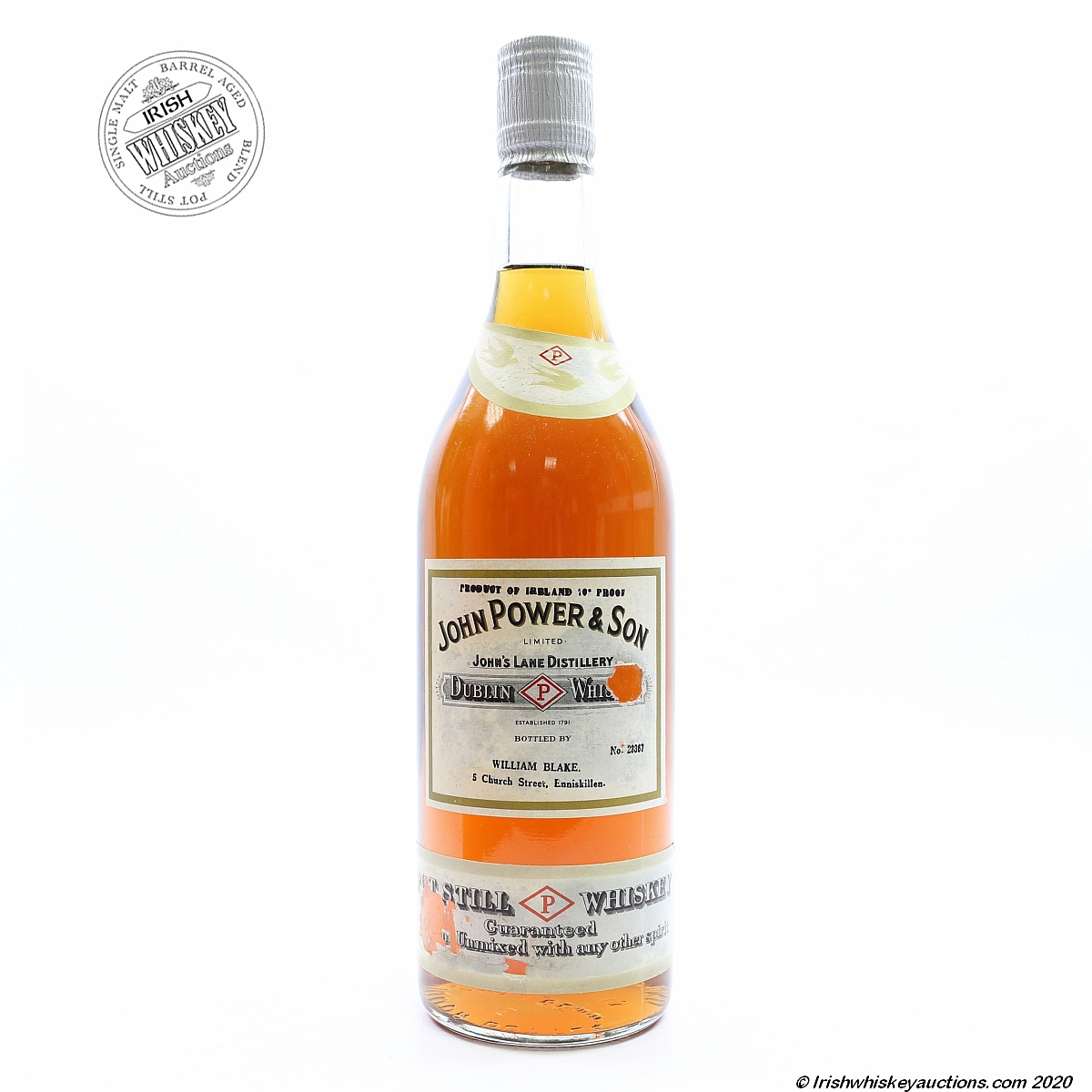 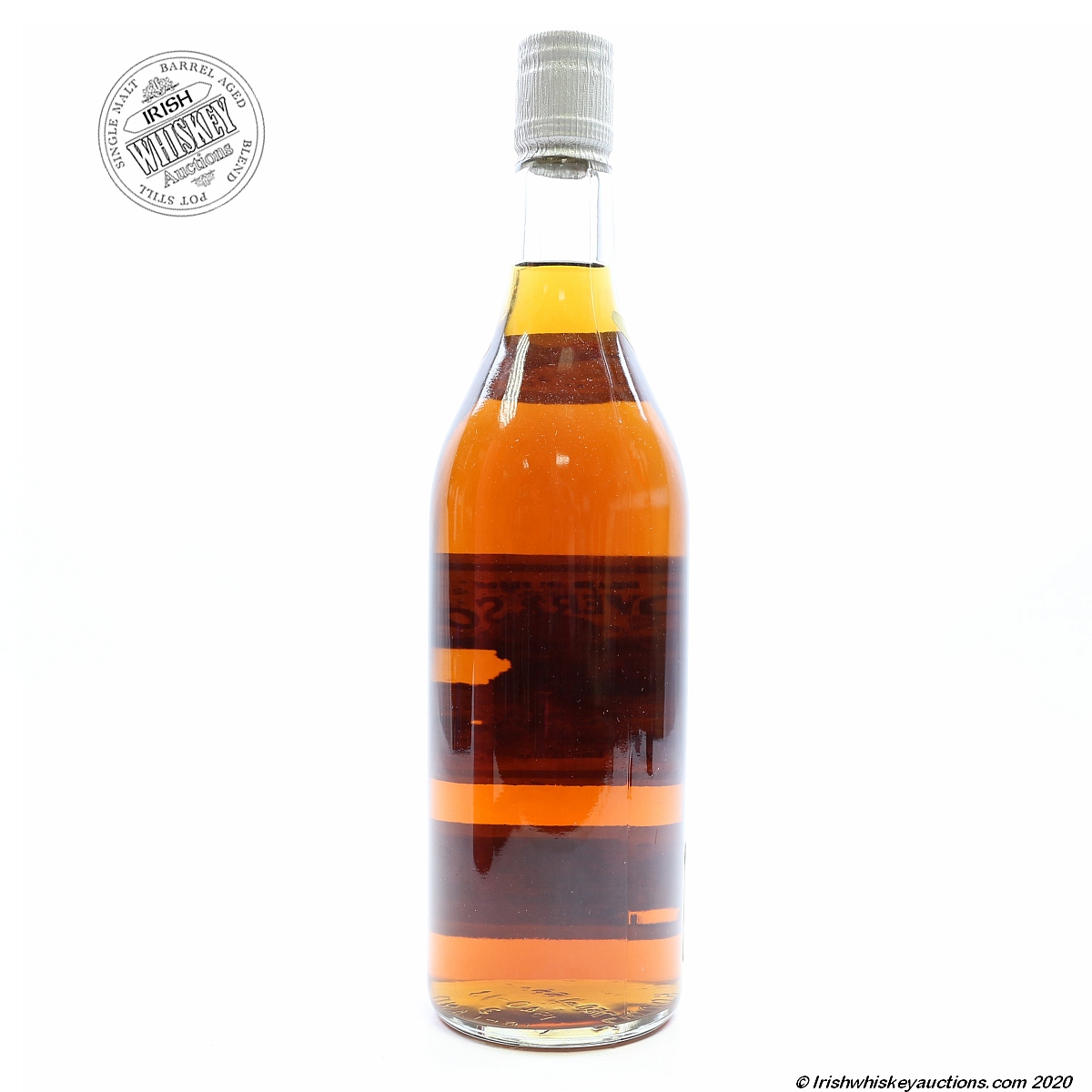 The Highly collectible and sought after Powers White Label that was Bottled By William Blake, 5 Church Street, Enniskillen

Distilled in the John's Lane Distillery This fantastic bottling is from the late 1950's early 1960's according to the seller.

The Red Tube is a protective sleeve for the bottle