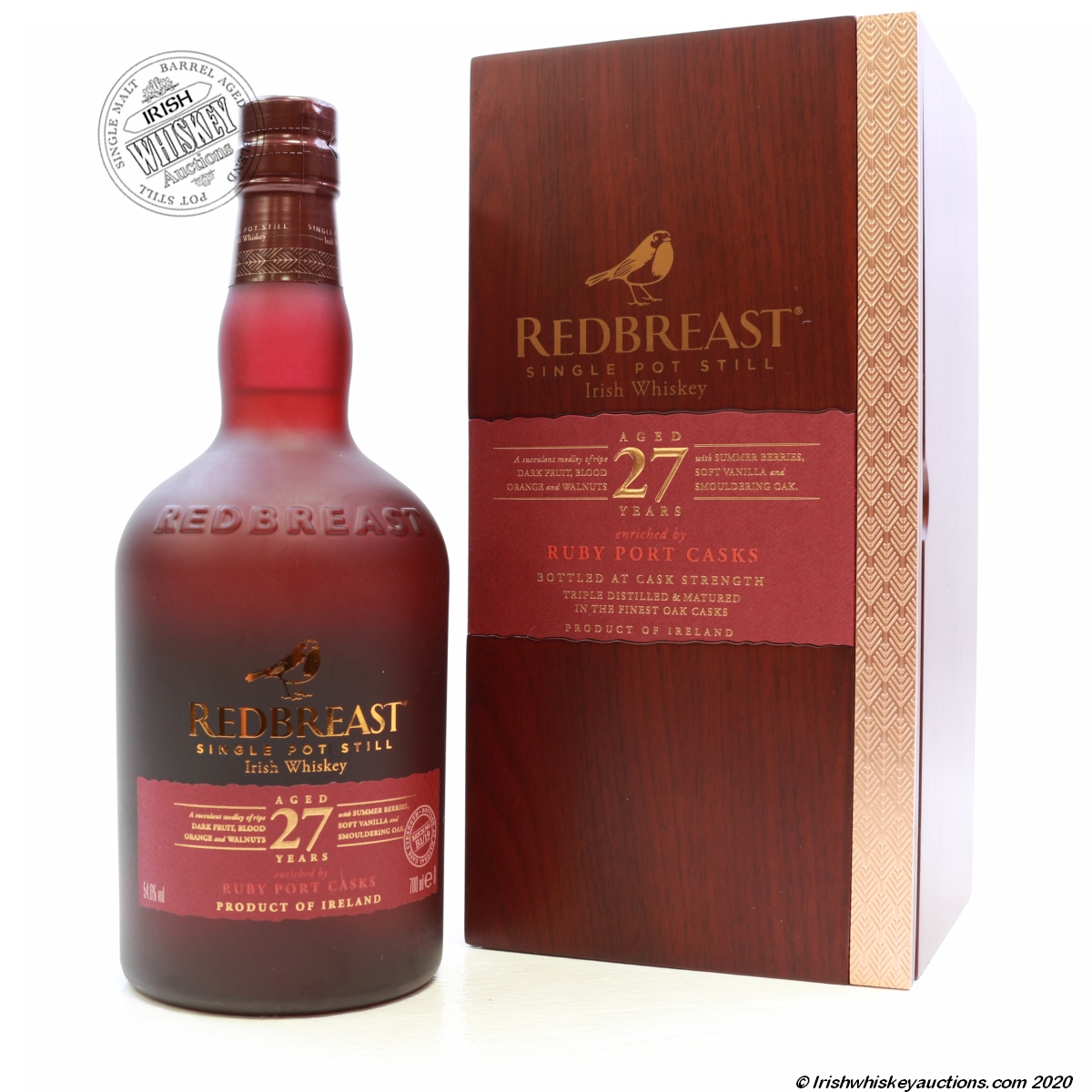 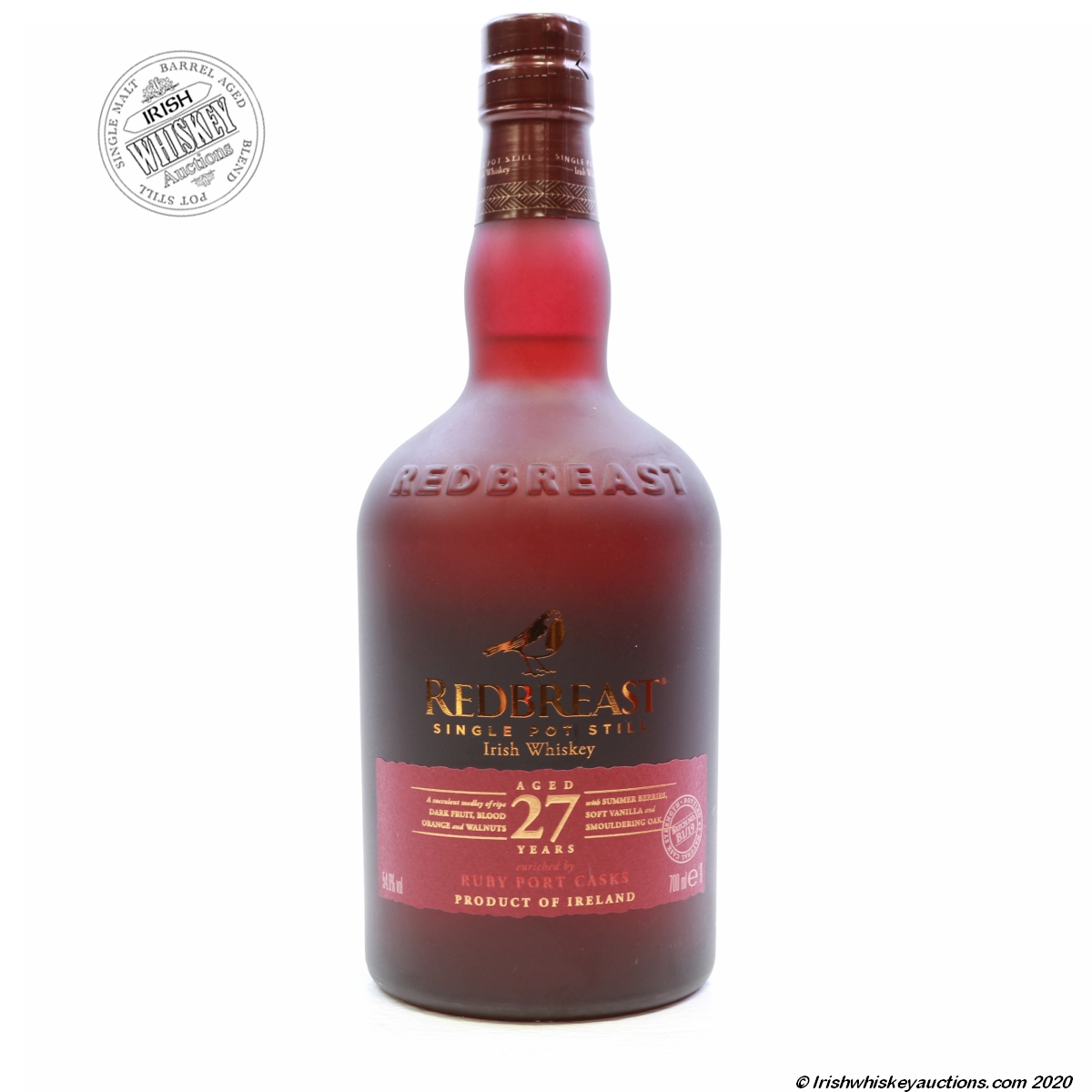 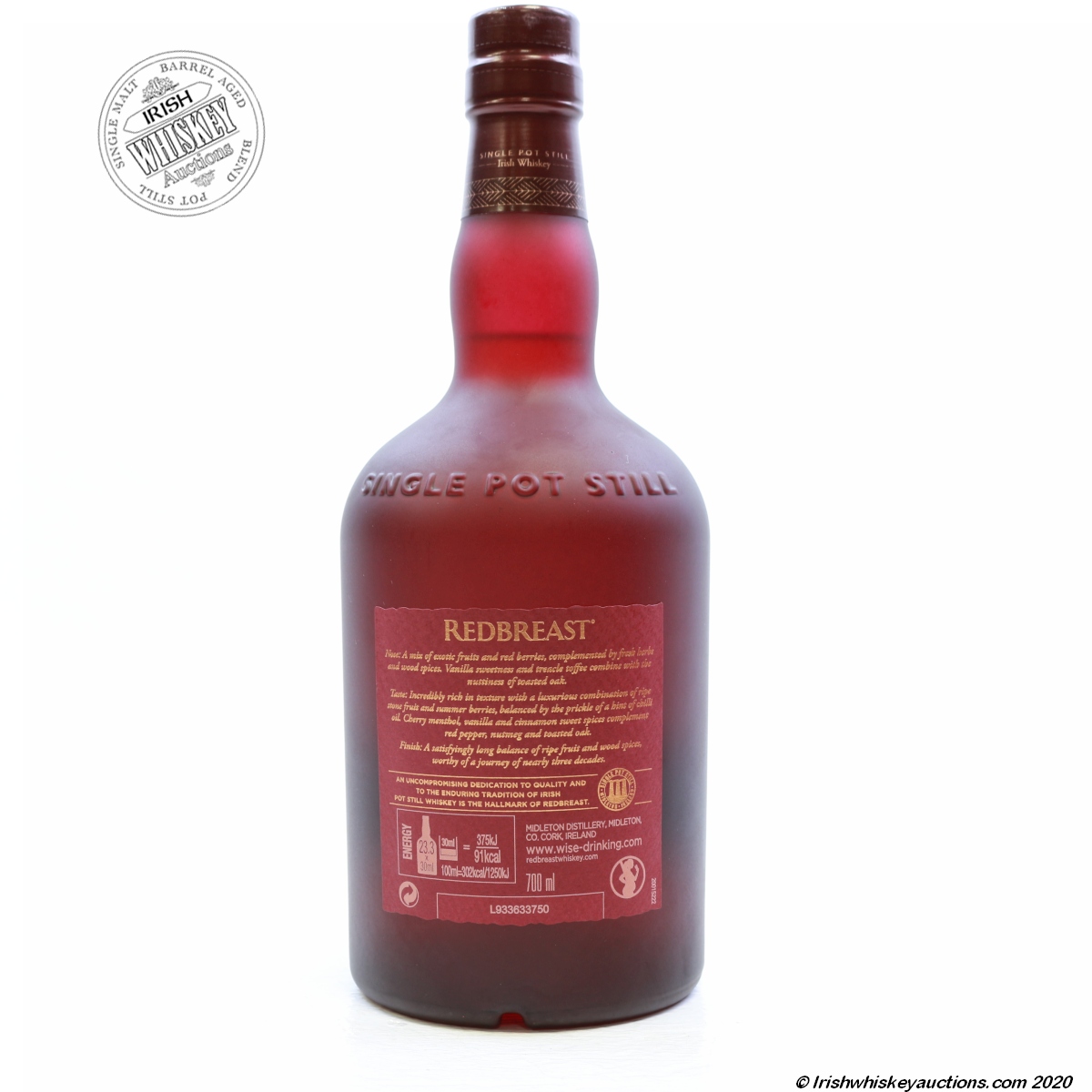 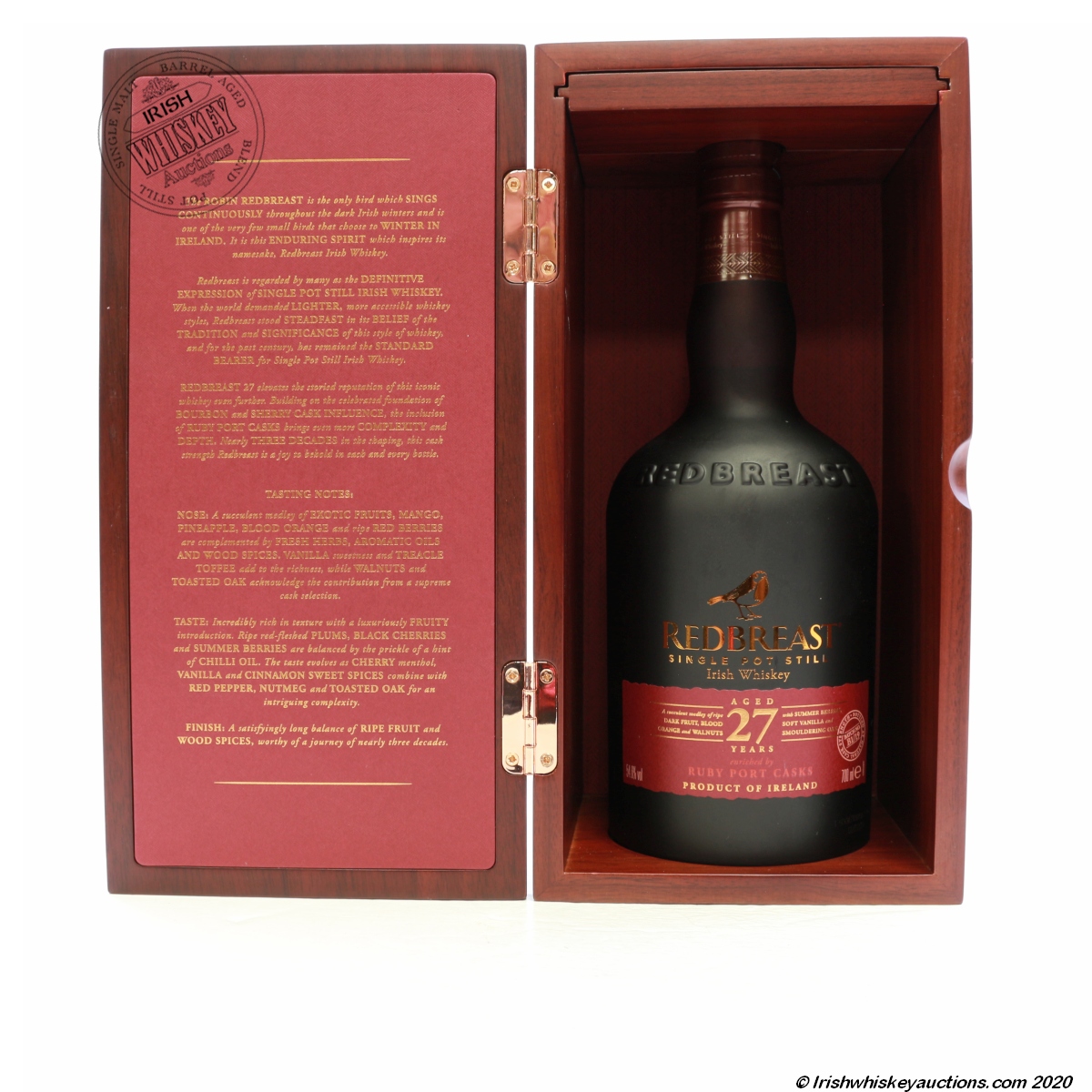 The oldest permanent release in the Redbreast family
Redbreast 27 years old builds on the traditional Sherry & Bourbon finish by adding a Port finish which brings even more complexity and depth.
In great condition
54.6% 700ml