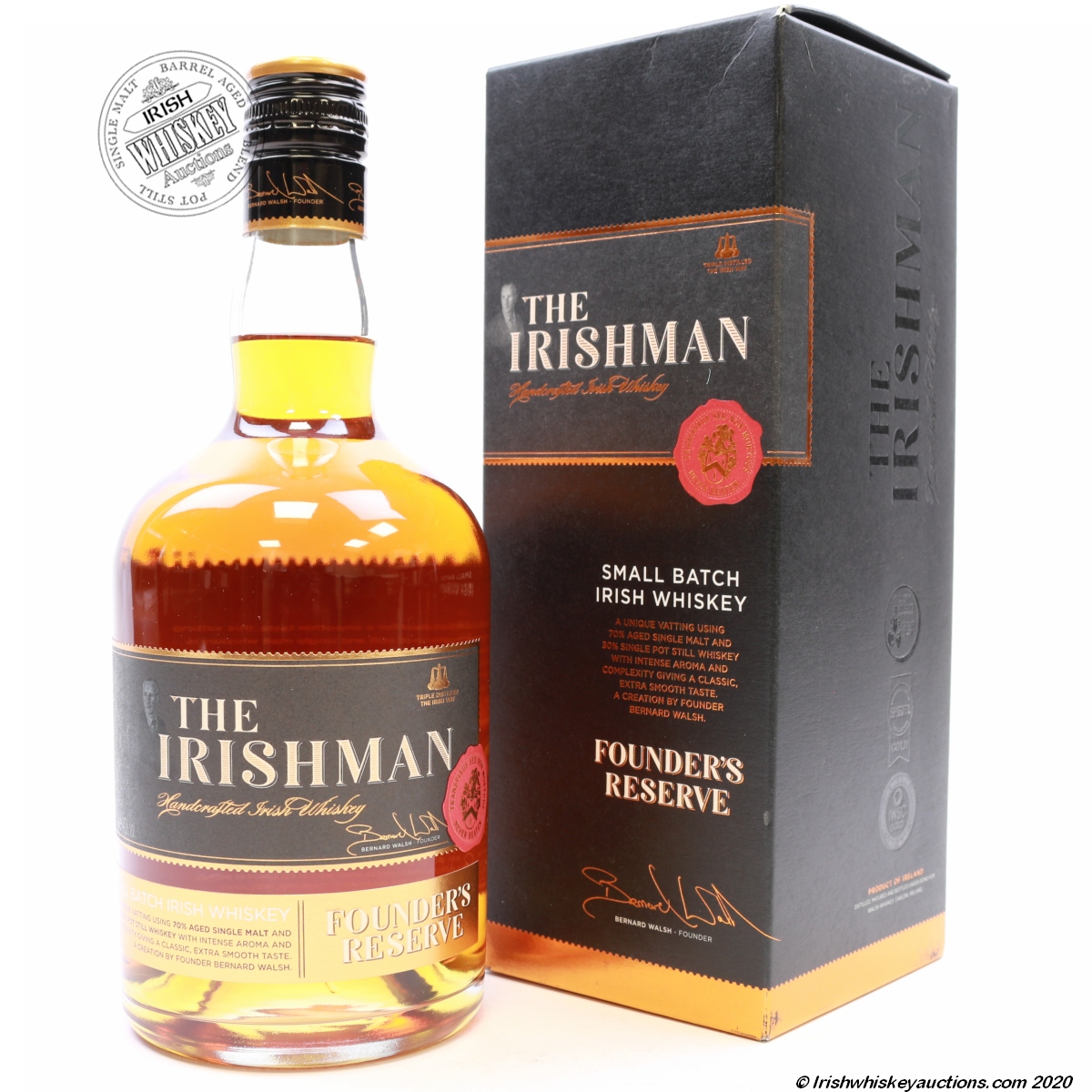 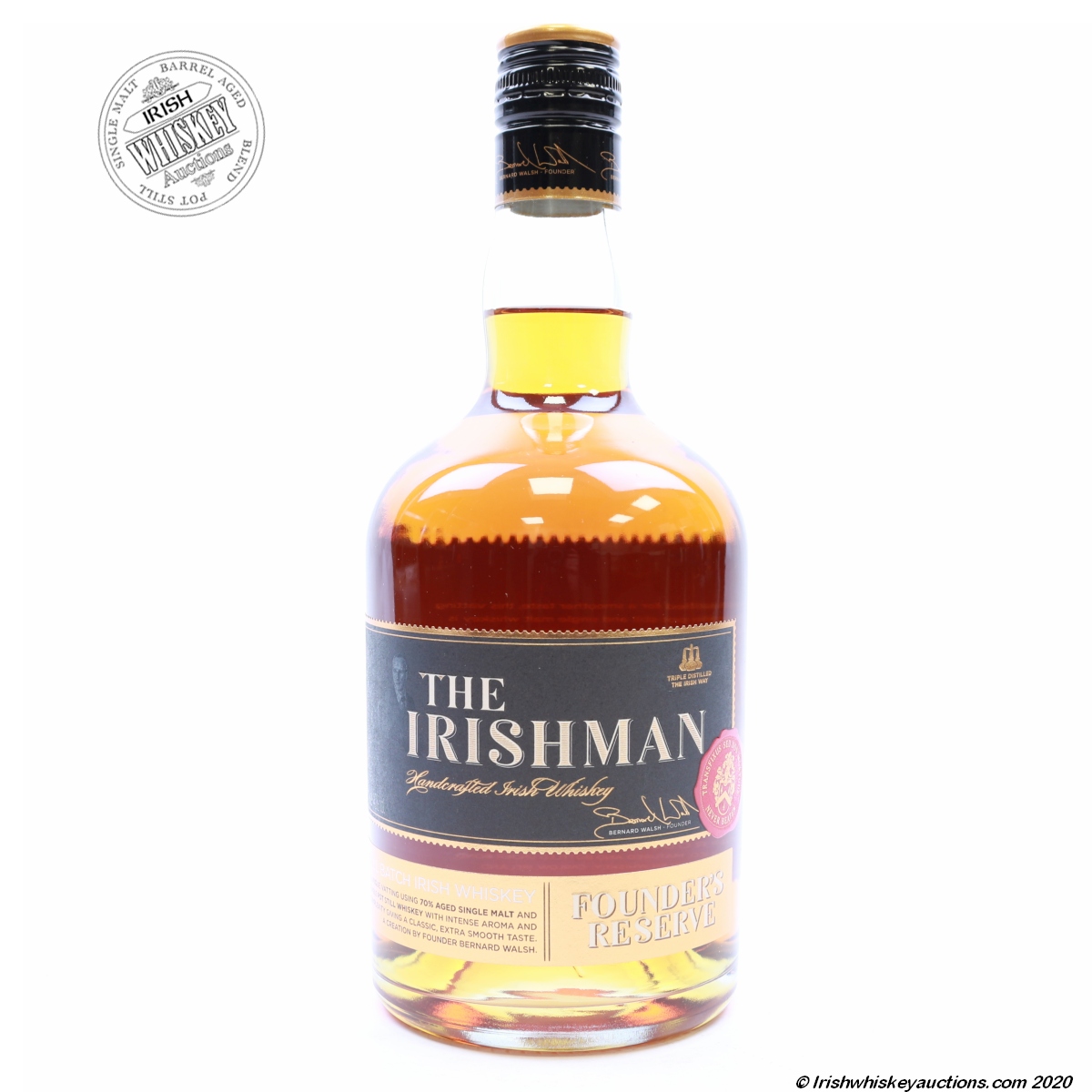 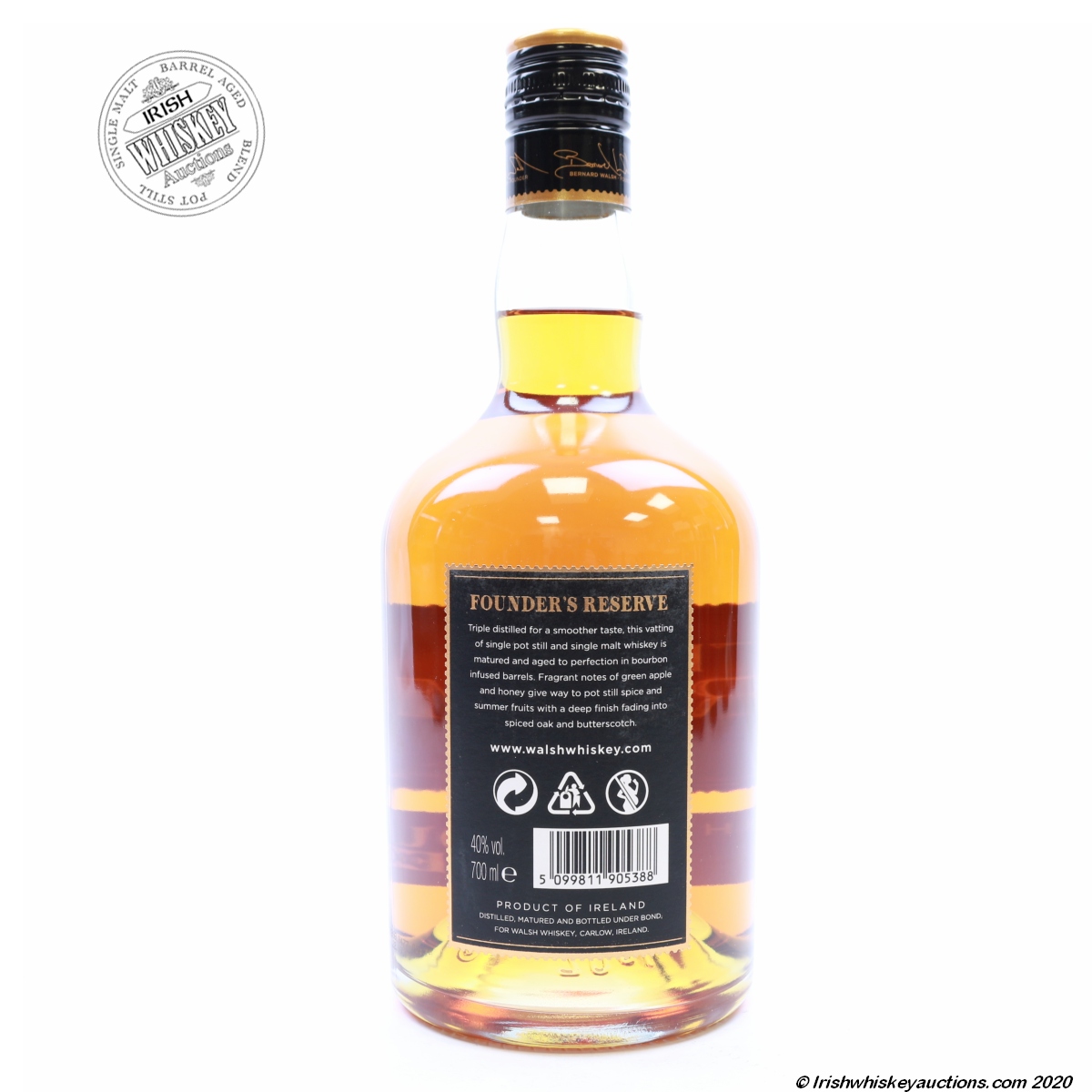 A Unique small batch Irish whiskey made using a special Vatting of 70% aged Single Malt and 30% Single pot still.
Created by Bernard Walsh and named as the Founder's Reserve as his Signature Whiskey.
In great condition.
700ml 40% Vol