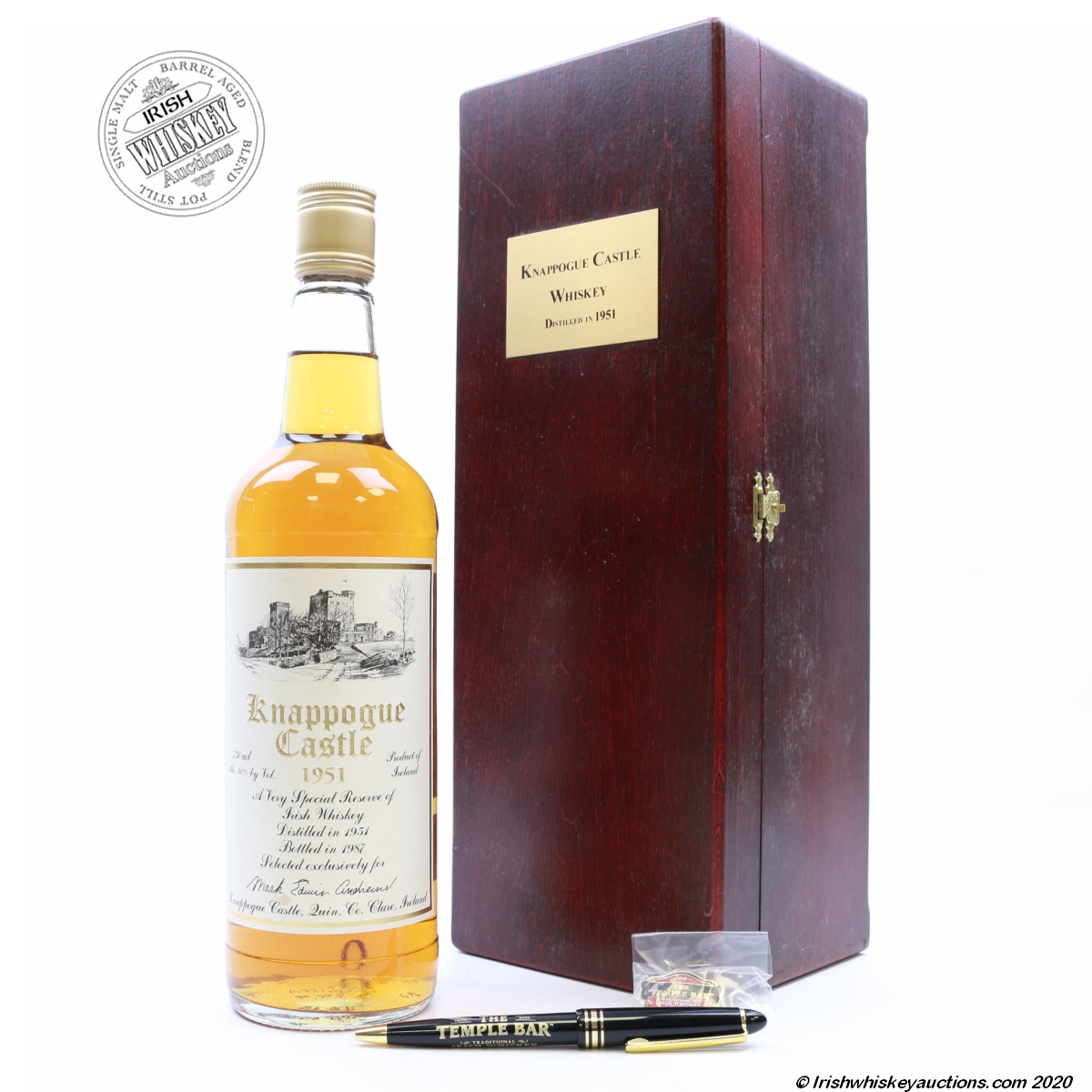 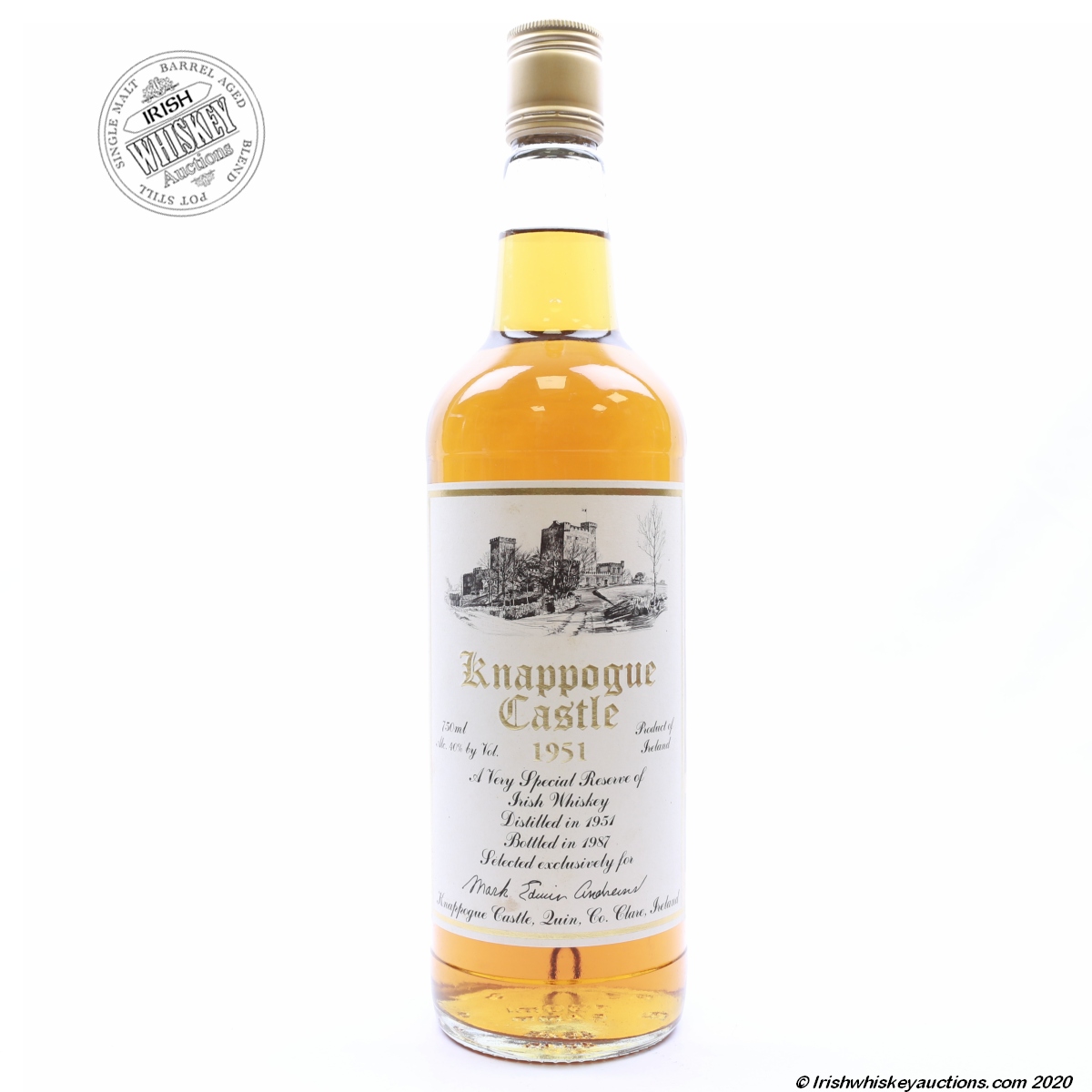 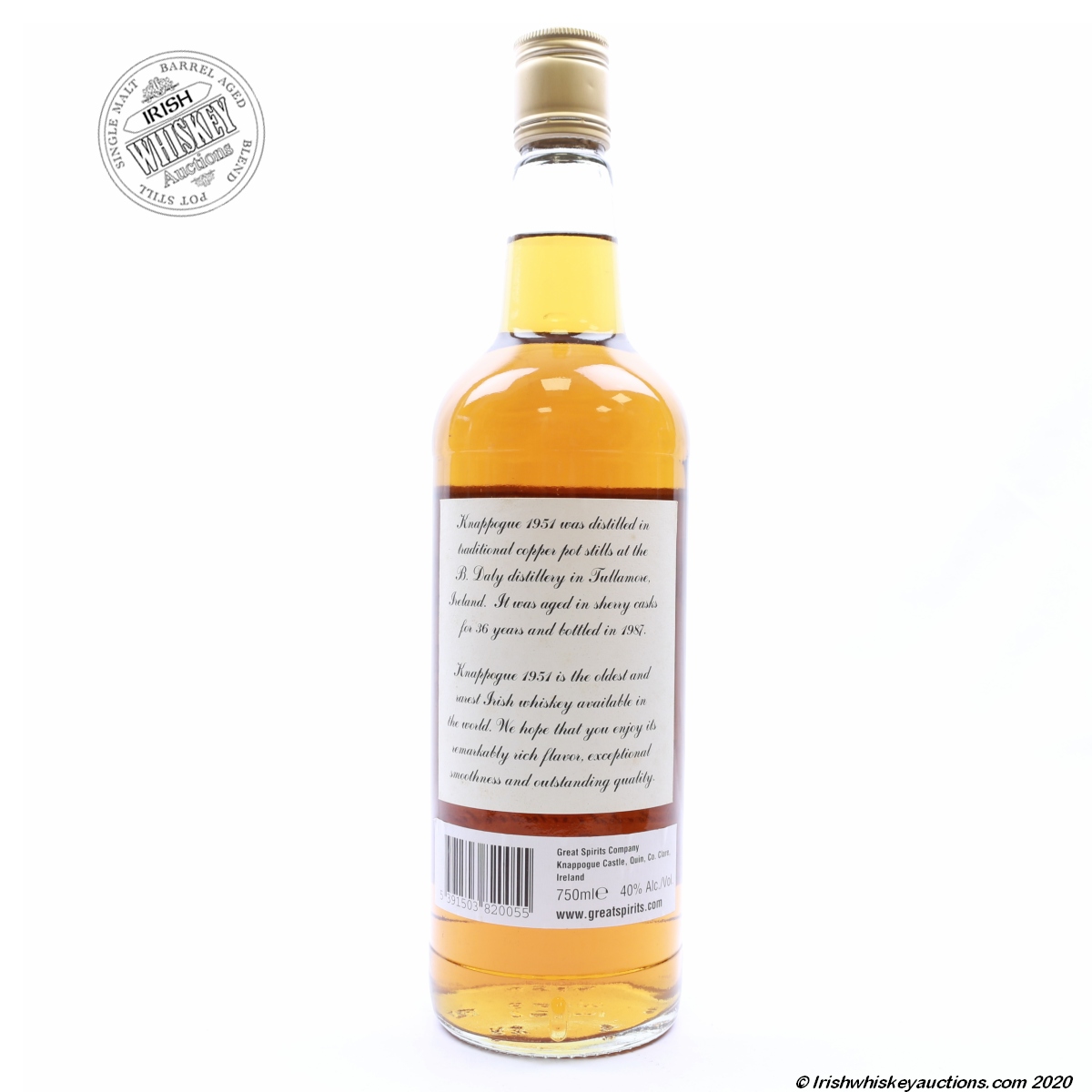 The 1951 Knappogue Castle is one of the oldest distilled whiskeys available in Ireland. The whiskey came from the old Tullamore Distillery which closed permanently in 1954. Mark Edwin Andrews bought the casks after it closed having returned to the land of his ancestors from America to live in Knappogue Castle in County Clare.

He managed to source a number of casks from different vintages, most of these were given away as gifts or were used for personal consumption.

In its Wooden Presentation Box.