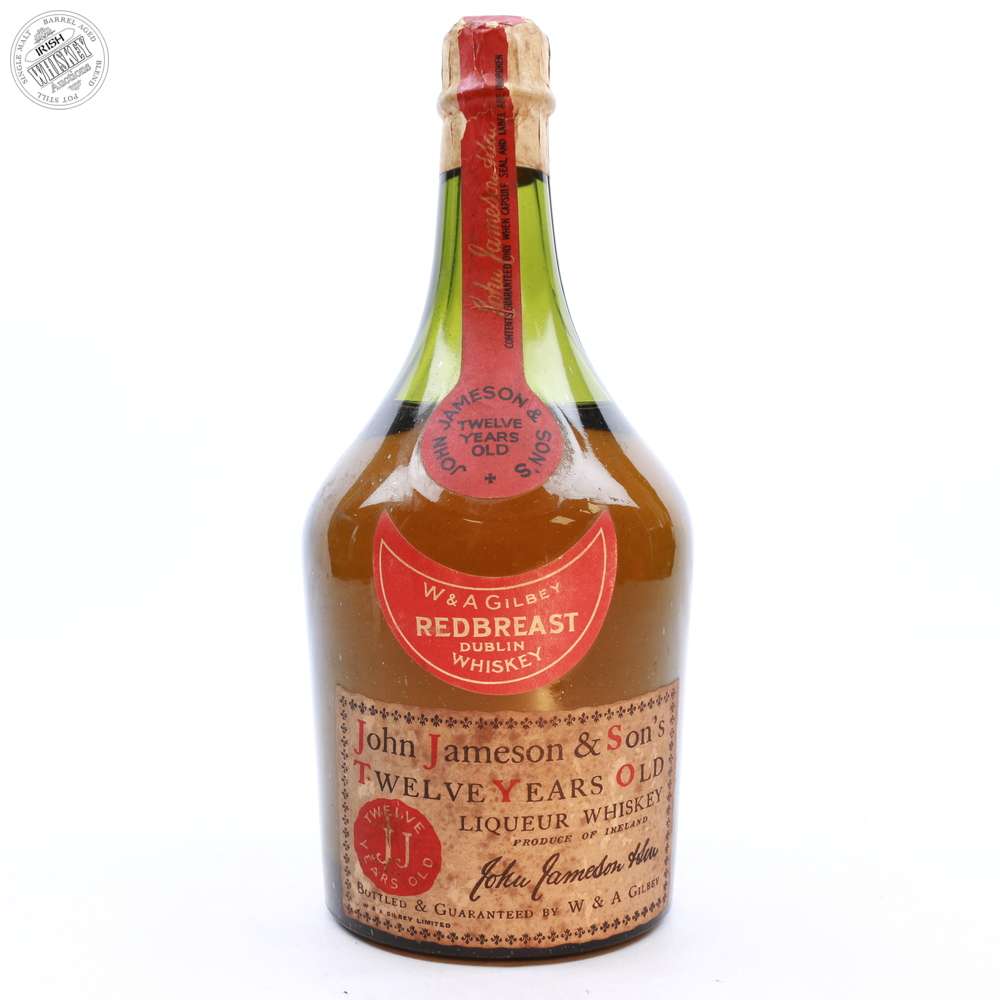 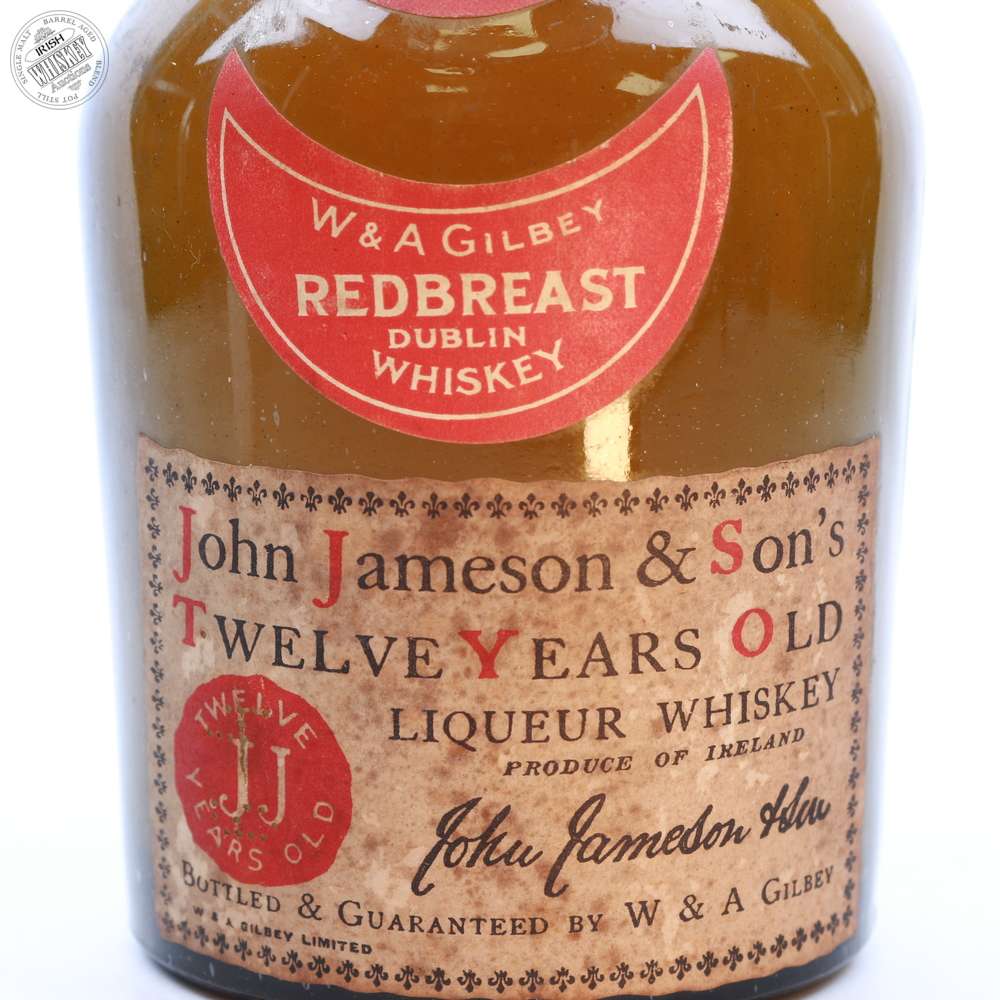 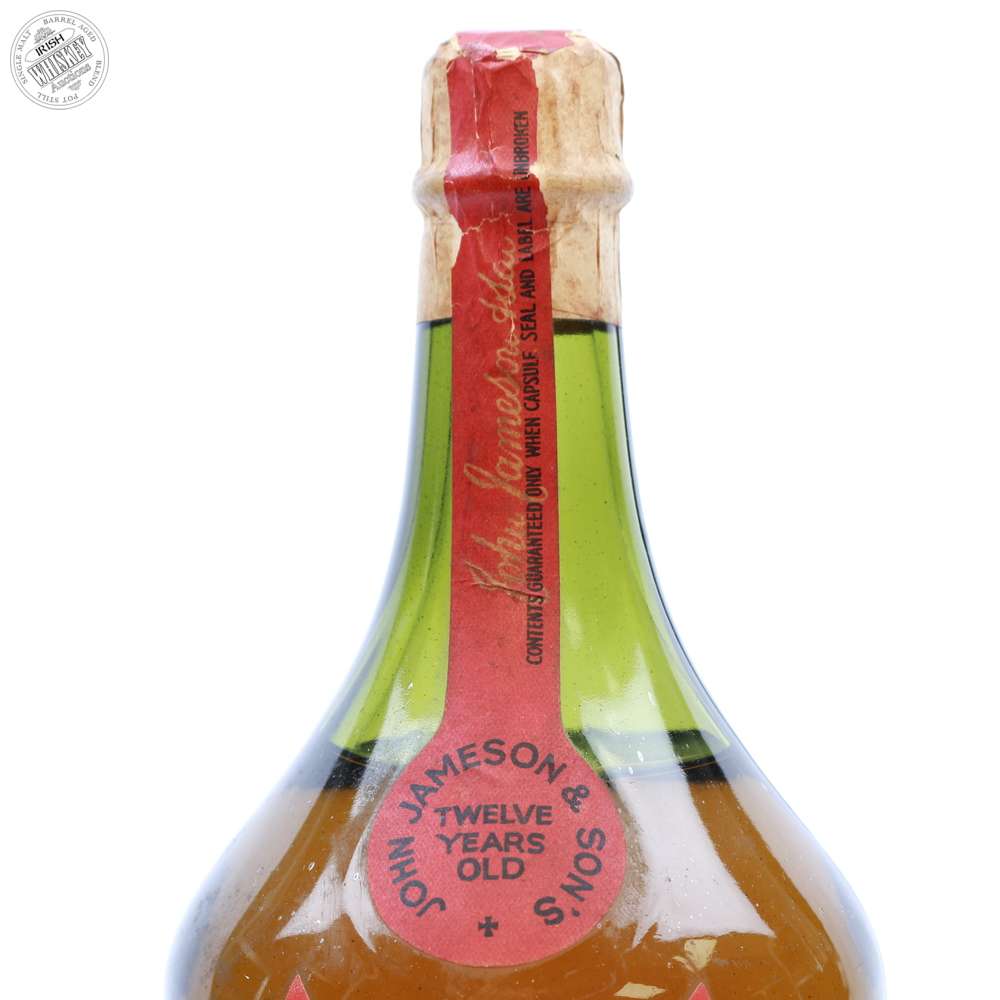 This is undoubtedly the oldest known bottle of Redbreast around today.

It was a premium Irish whiskey back when premium whiskey was known about.

This bottle is most likely pre-world war two, the glass looks moulded as opposed to blown.

There doesn’t appear to be any pontil scar. this would place the bottle after the early 1920s at least.

The greenish glass appears to be from around the time period and it's sealed with a driven cork, other Gilbeys products would have been sealed with wooden corks in the 1940s, again another indication of its age.

Likely to be bottled at 43% possibly chill haze at lower ABV.

This is an Irish whiskey historical unicorn Pre-war premium whiskey is rare.

You will not see a bottle of this kind anytime soon, they simply do not exist.