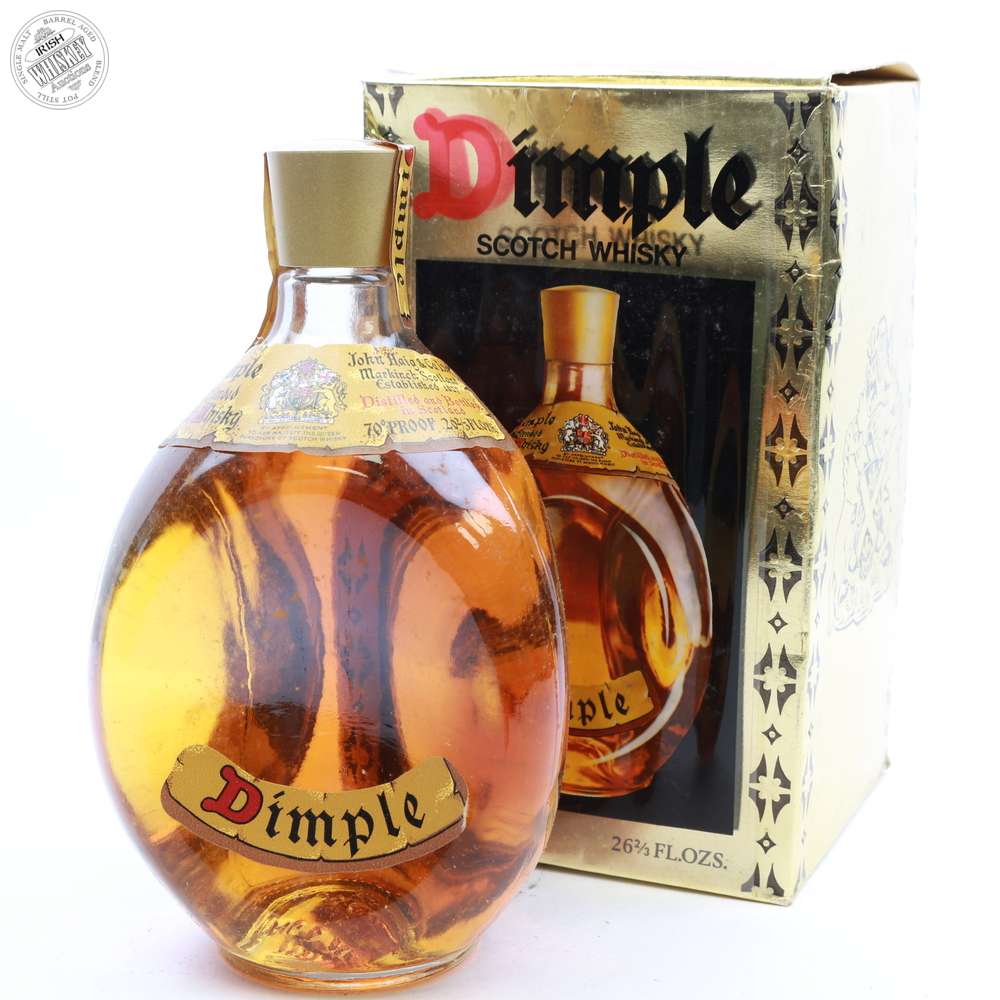 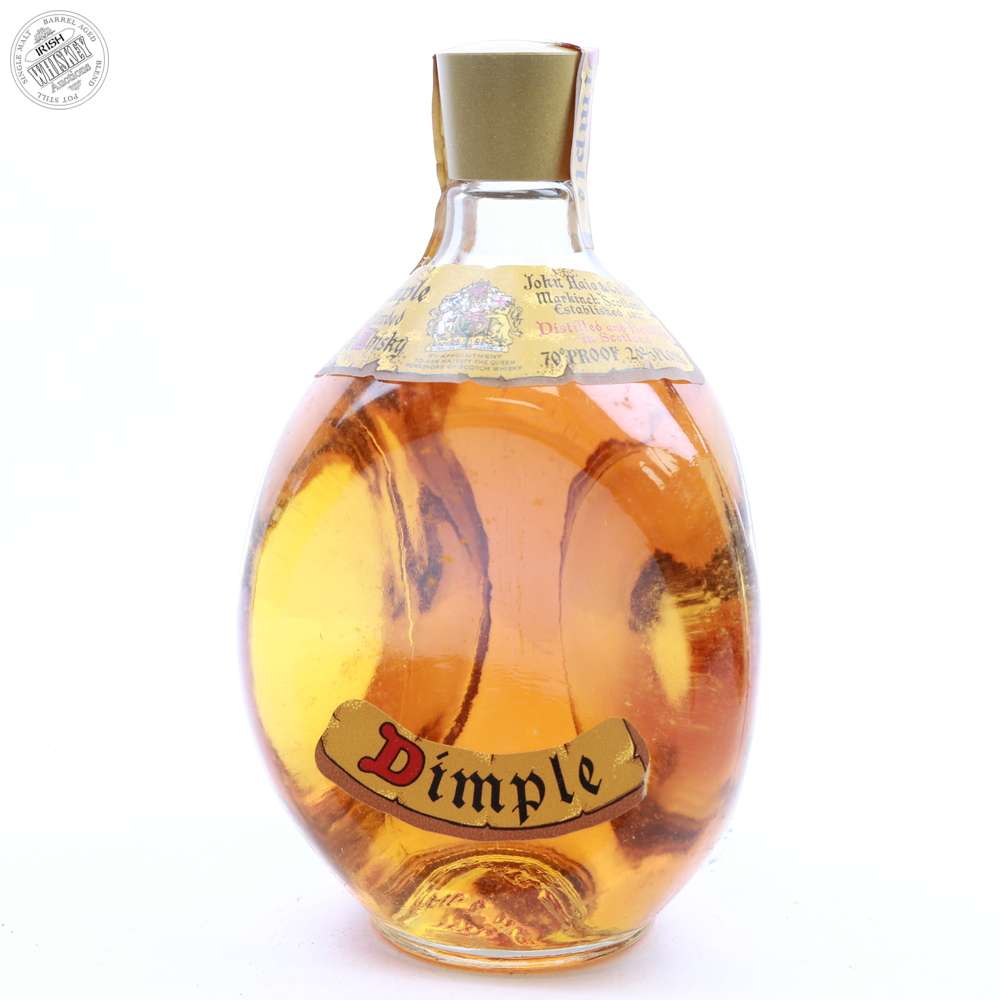 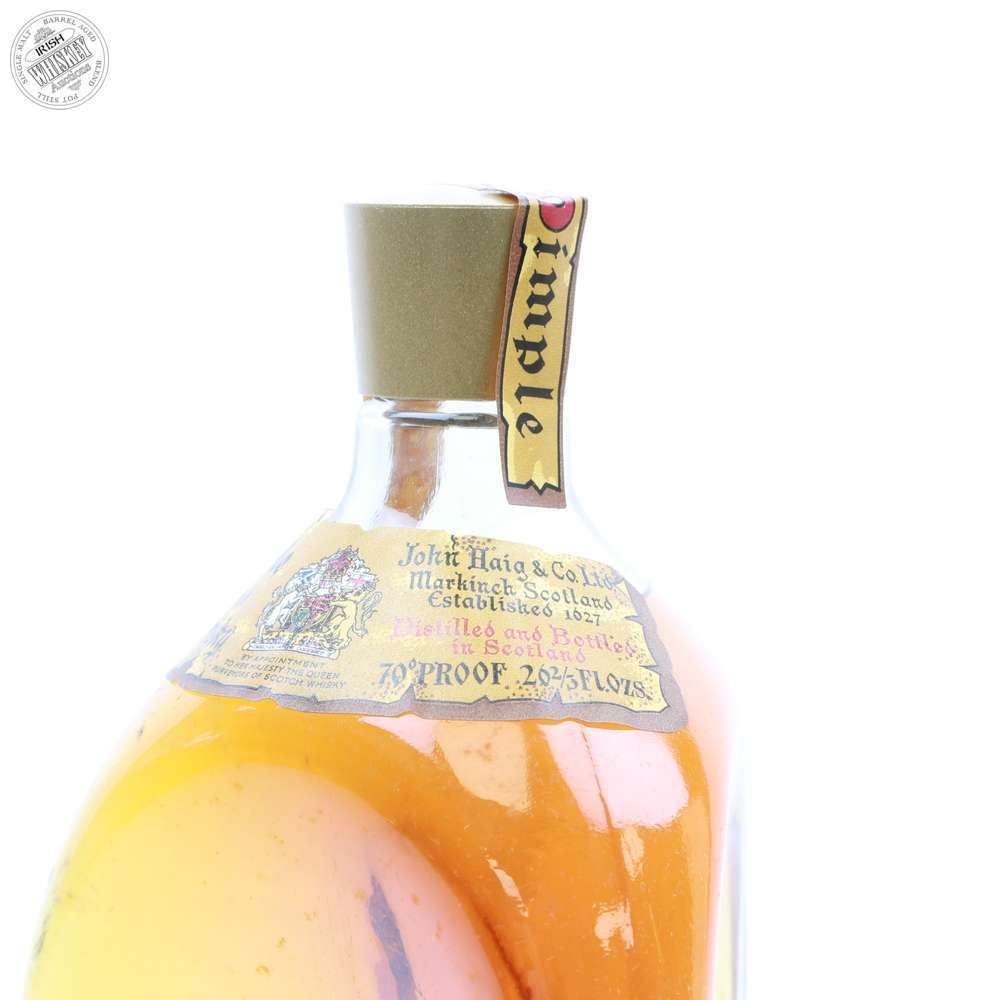 This Dimple blend, from the oldest distillers of scotch whisky, Haig, is 70 Proof with contents of 26 2/3 FL OZs. Box included.

Estimated to be from the 1970s