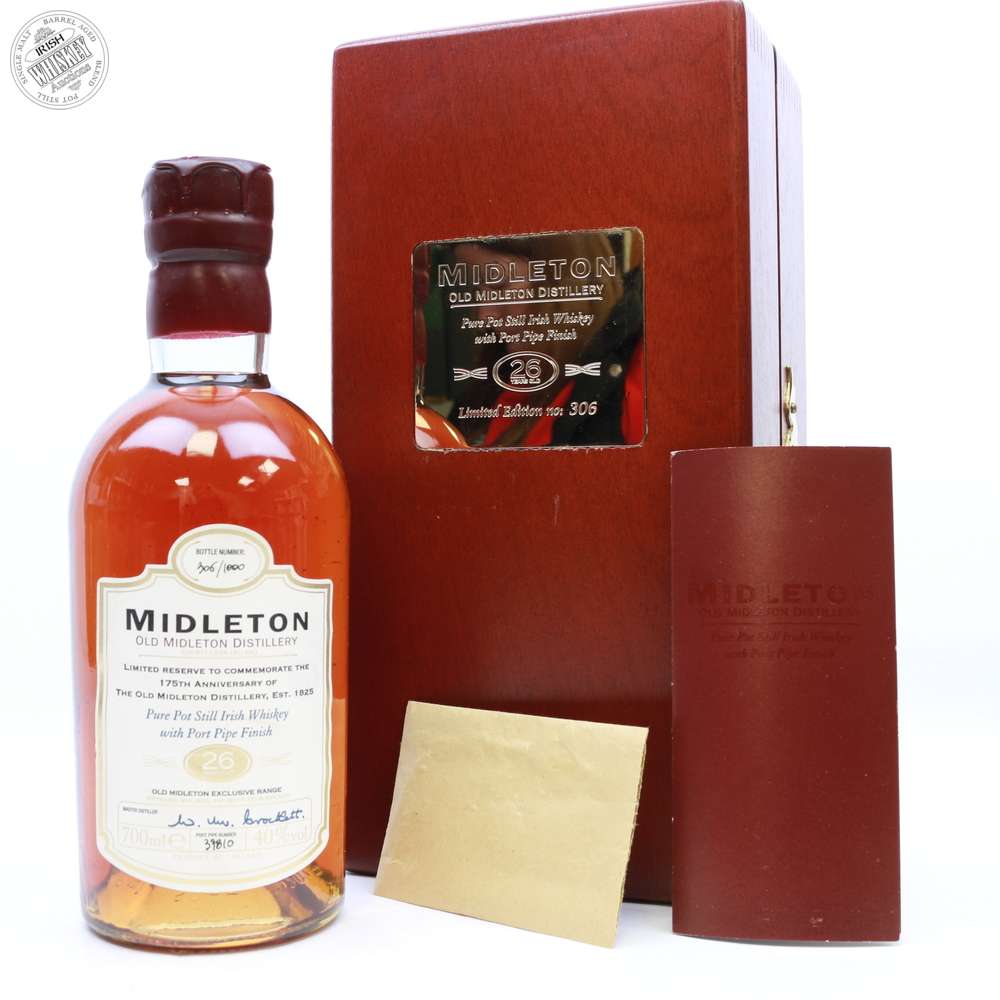 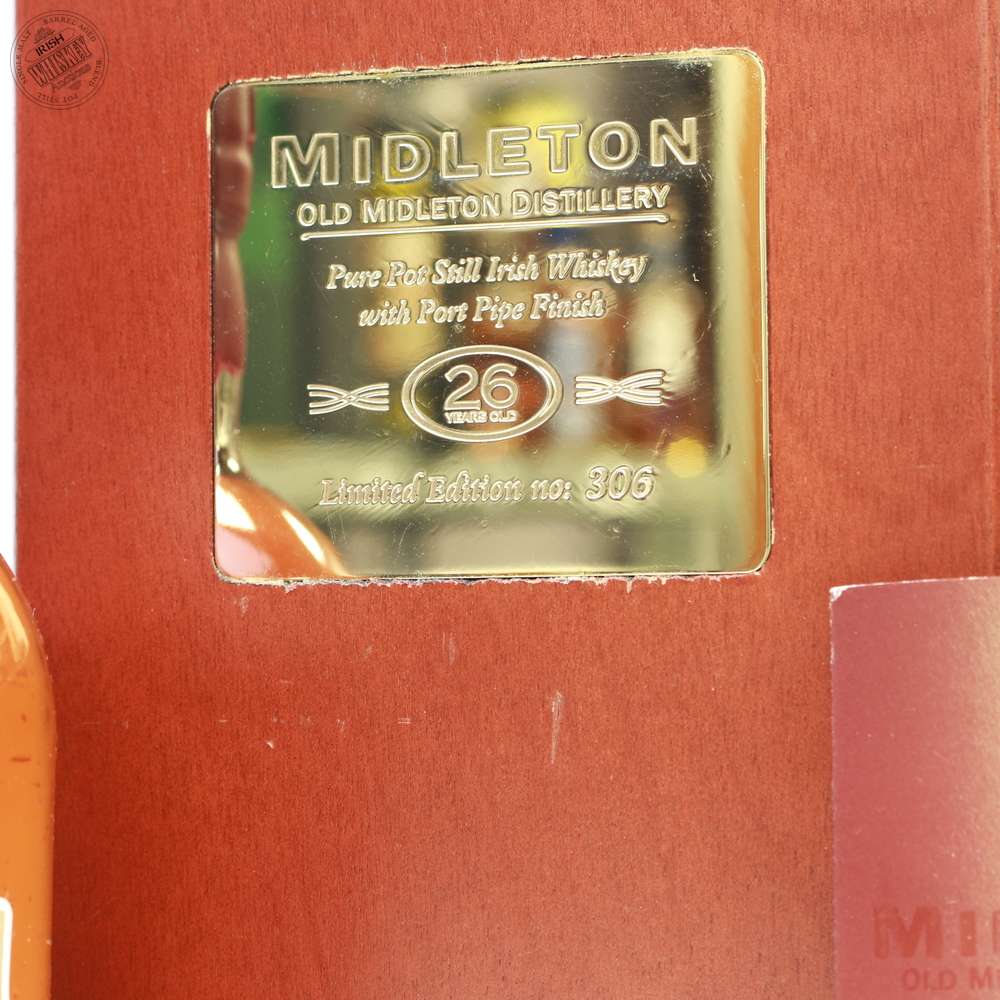 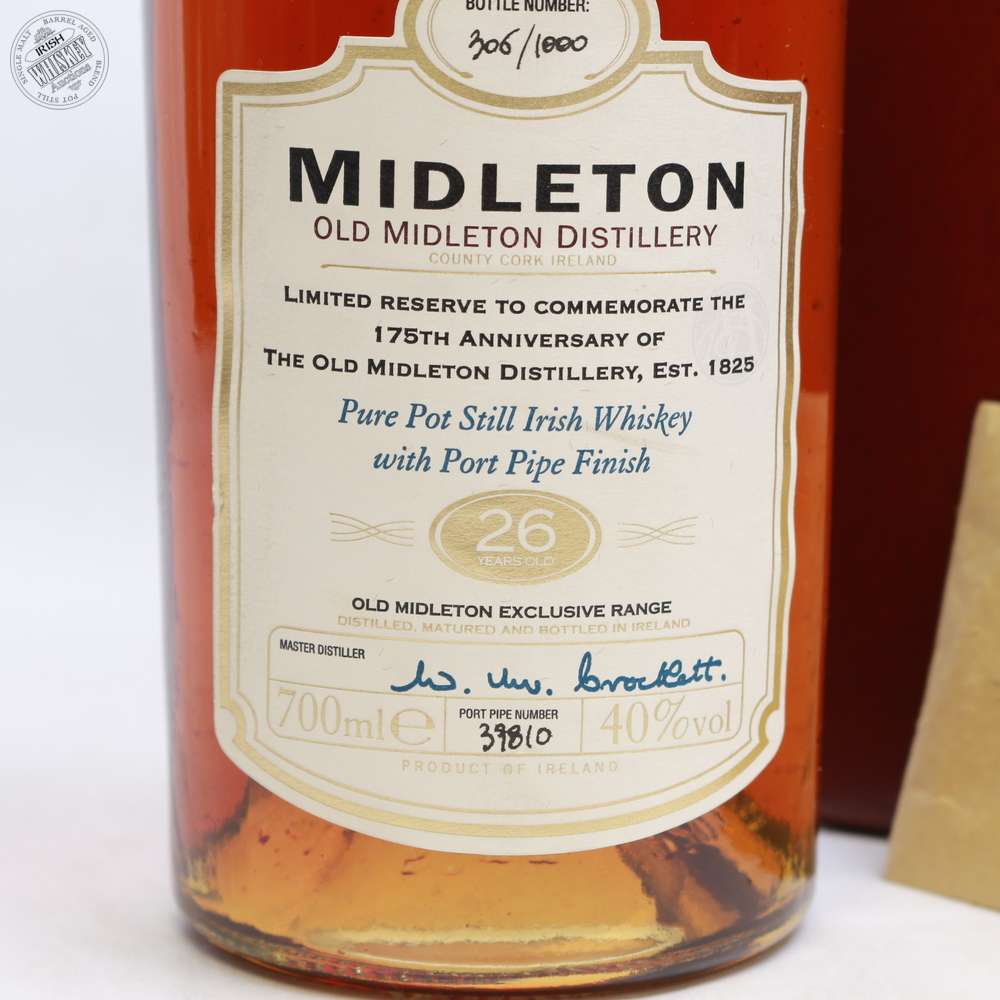 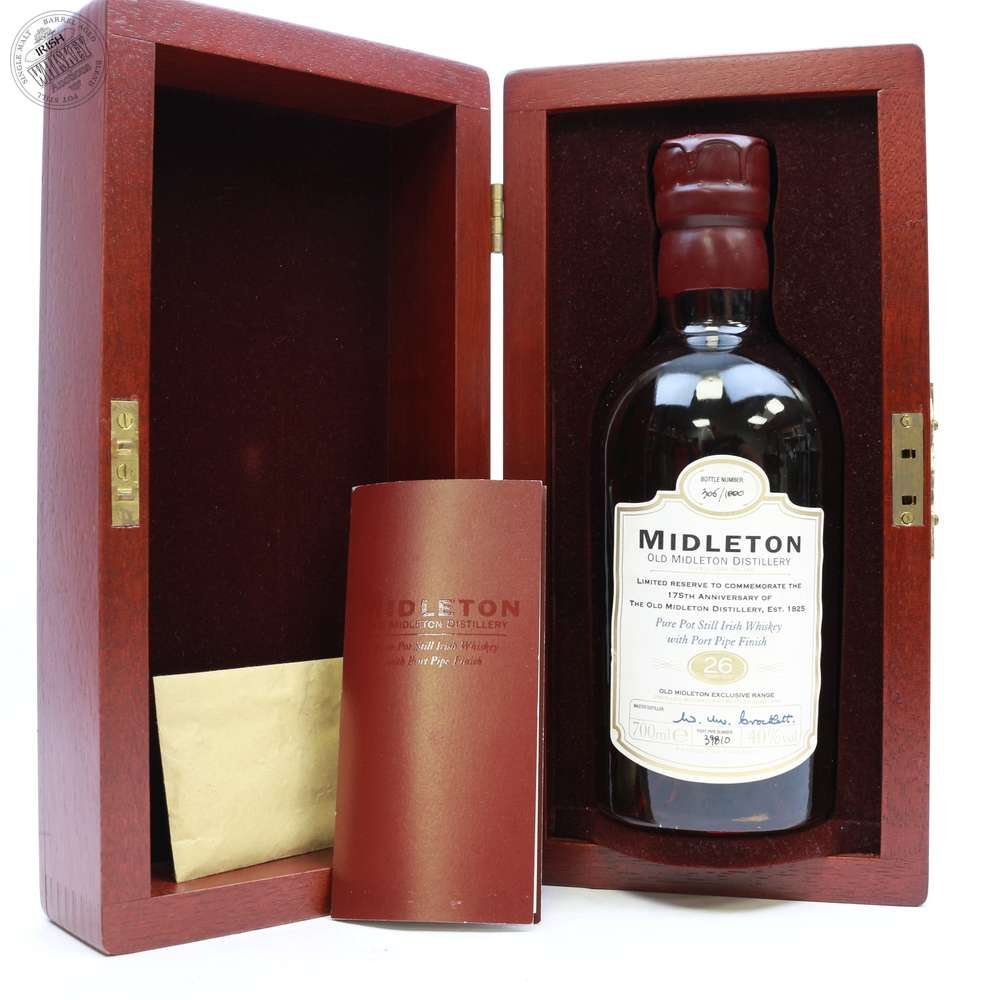 One of the rarer Vintage Bottles from the Old Midleton Distillery

A Single Pot Still Irish Whiskey was distilled in the old Midleton distillery in 1973.

The whiskey is made up of malted and unmalted (green) barley, matured for 26 years in ex-bourbon and ex-Oloroso butts, it has then been finished for a few months in specially chosen port pipes.

It was released as a limited edition to commemorate the 175th anniversary of the Midleton Distillery, 1825-2000.

In a Wooden presentation box complete with paperwork and 2 keys.