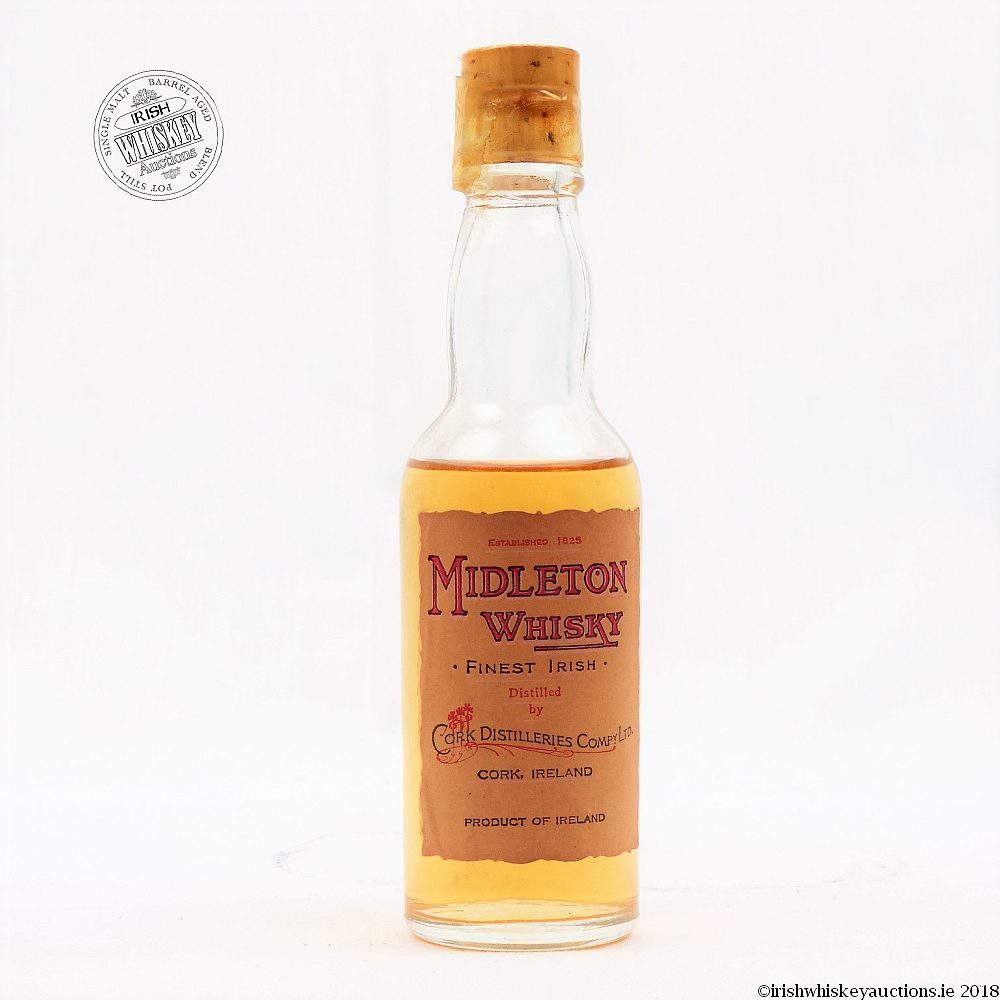 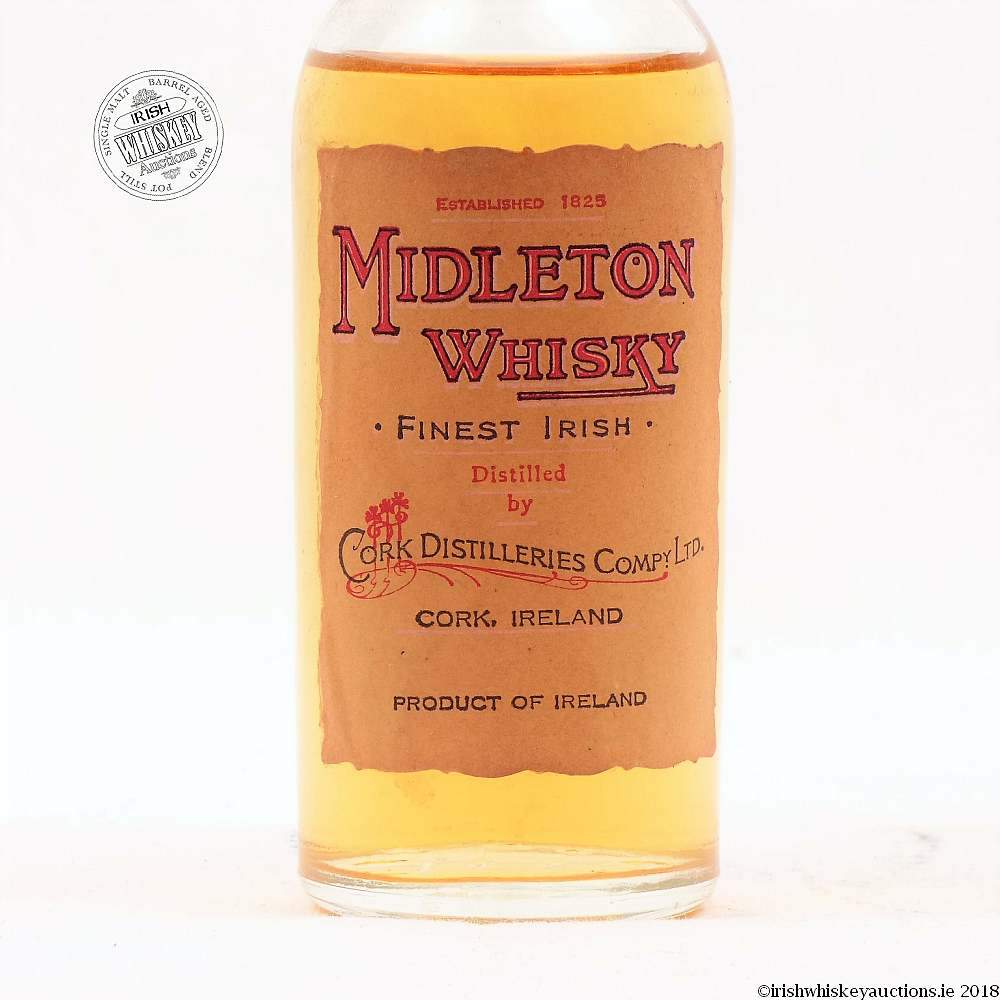 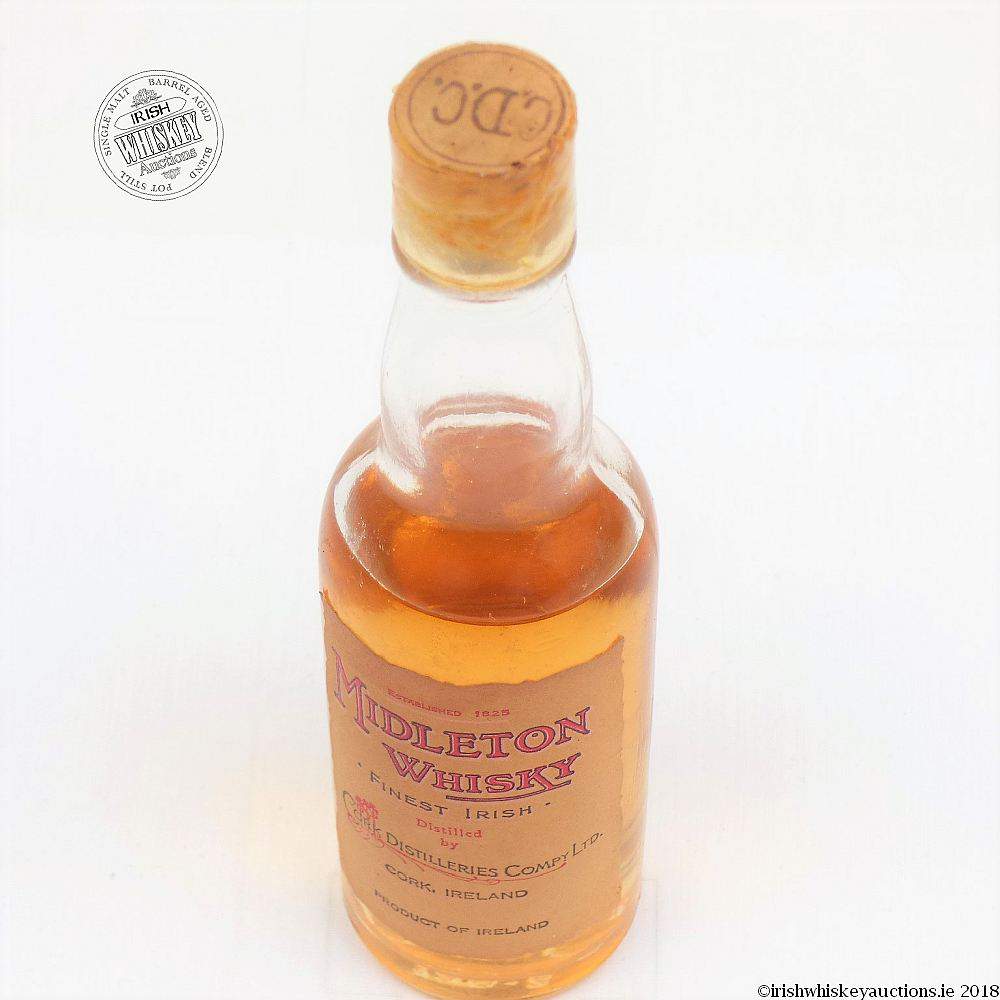 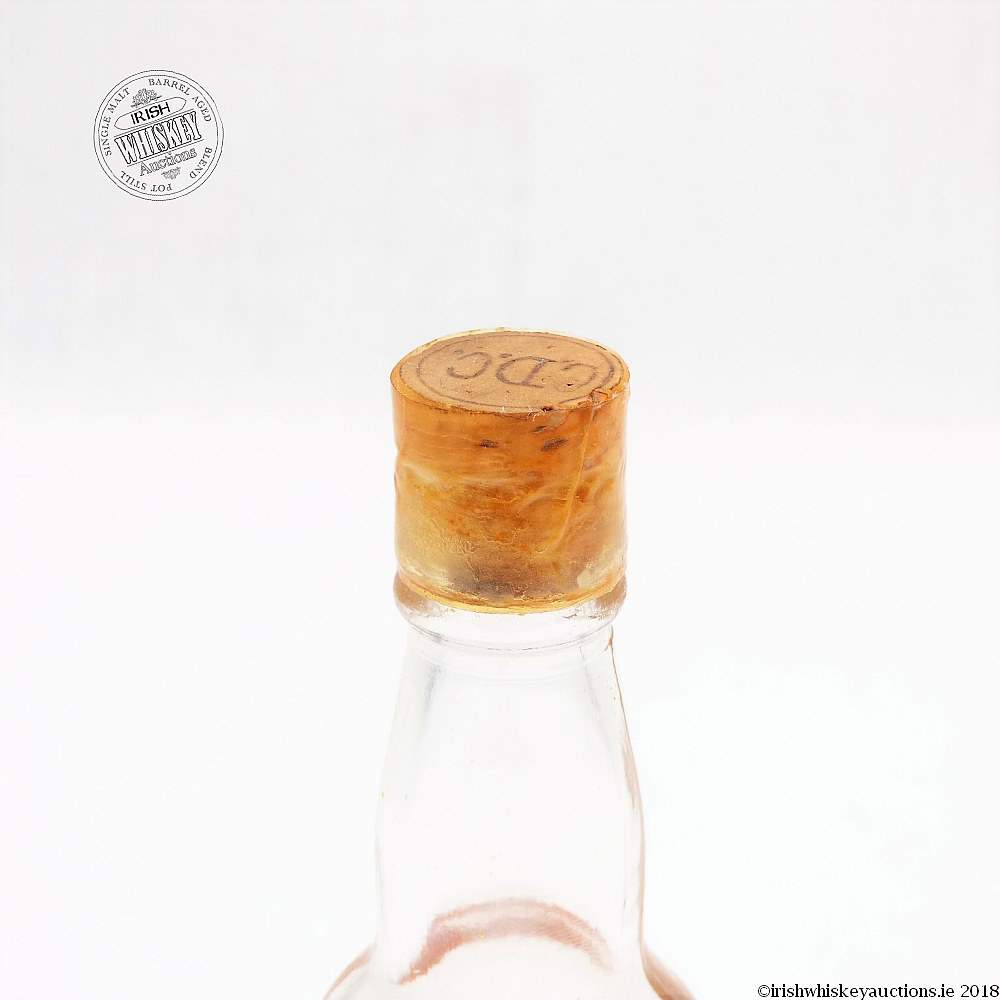 Midleton Whisky was supplied direct by the cask and generally bottled and sold on the premises. This example may have been bottled  in the late 1960s by an individual publican however no name is shown as was the custom. Some publicans sold it directly ‘from the wood’. The whiskey was supplied to 30 or 40 vintners and publicans around Cork and was never advertised. It was distilled by Cork Distilleries Company at the Old Midleton Distillery and it is Pure Pot Still whisky. The full bottles were normally bottled at 7, 10 and 15 years old. The practice of supplying casks directly to publicans was discontinued on the 1st October 1970. Please note the condition of the closure, there is no foil seal on the miniature and no strength or age statement shown. The cork is stamped CDC and may have been a sample.