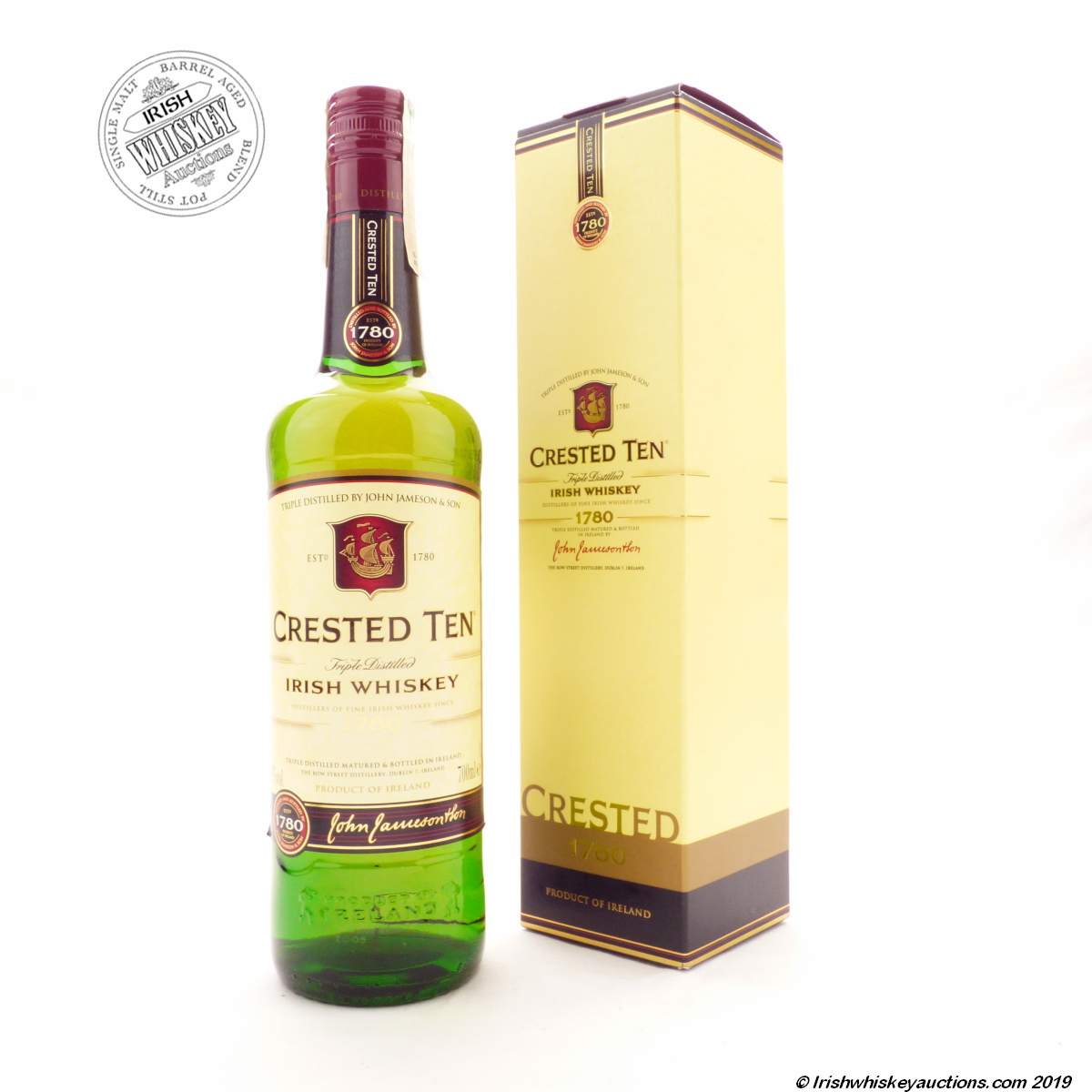 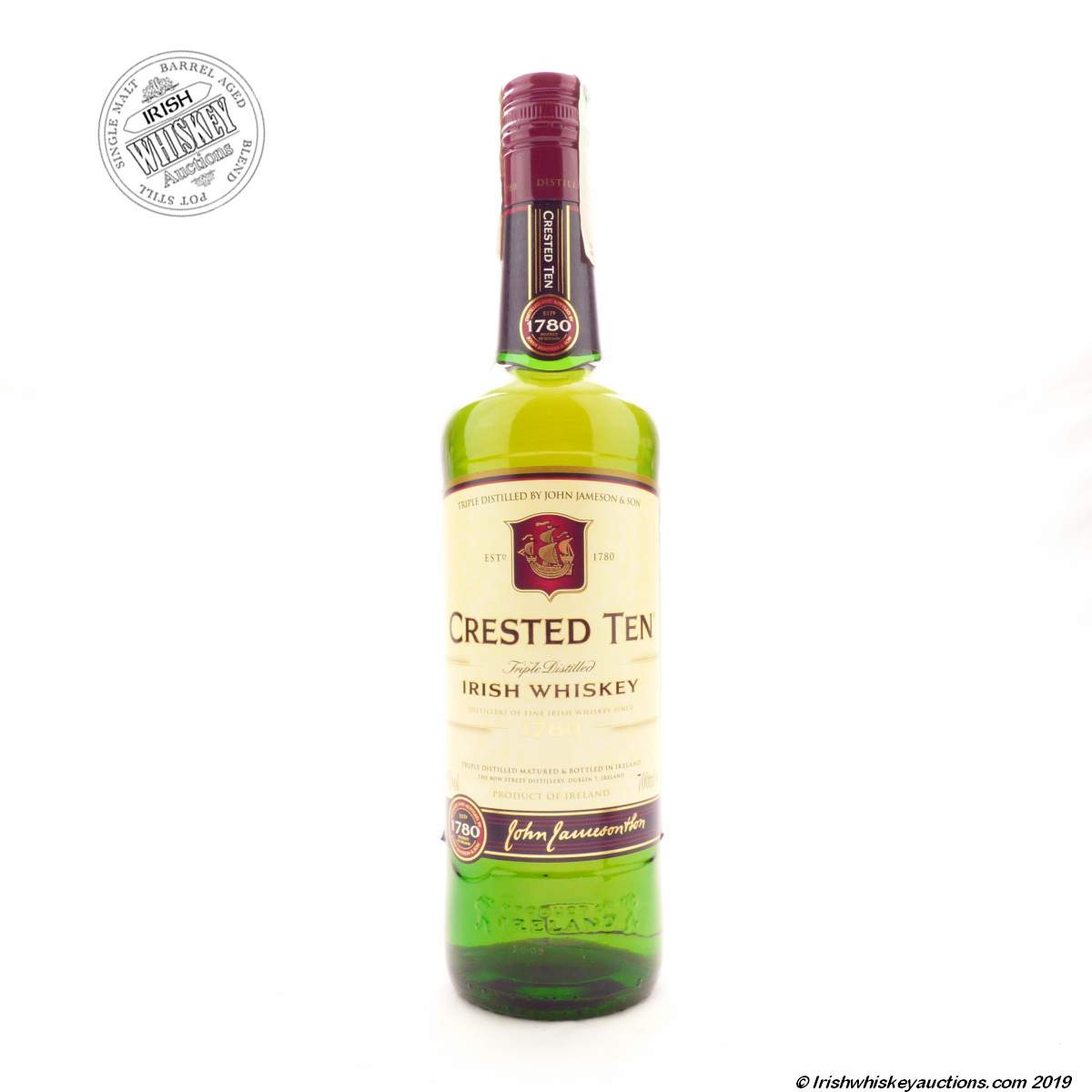 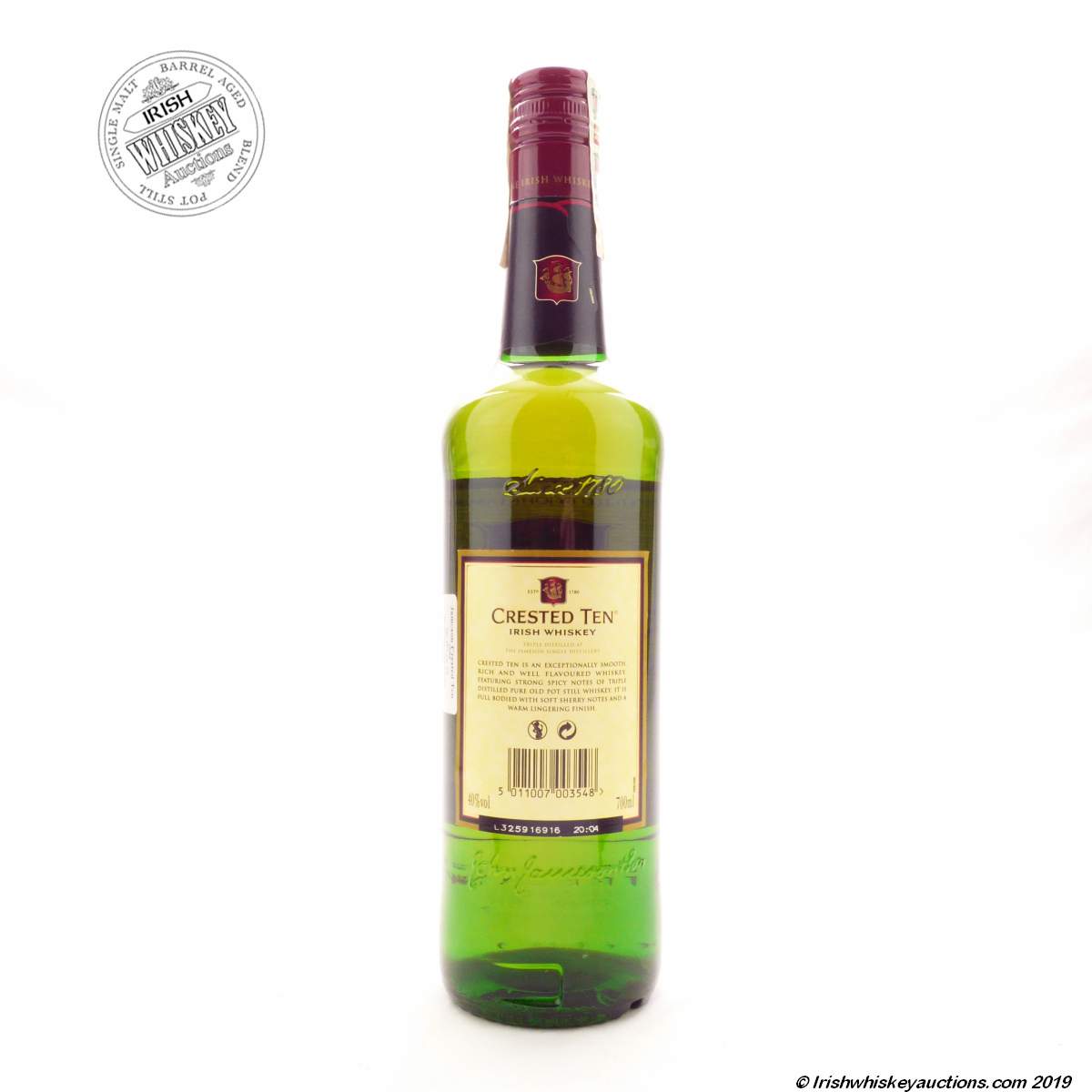 An old bottling of Jameson Crested Ten that most likely dates from the 1990's or early 2000's. The label was changed after this in the 2000's before its was then re branded to Jameson Crested.
Jameson Crested Ten was traditionally aged longer than the standard Jameson with some additional sherry cask influence.

The Original Bow Street Distillery that traded under the Jameson brand was established on the Bow street site in 1780 and a distillery traded on that site right up until all production was moved from there in 1971. At one stage one of the largest producing distilleries in the world with 1,000,000 gallons, it still is one of the most recognised whiskey brands in the world and leads the way in the resurgence of Irish whiskey in the USA and Asian countries. The production under the Jameson brand now includes some innovative creations and blending’s and still the age statement expressions that have gained them a customer base with whiskey connoisseurs worldwide.