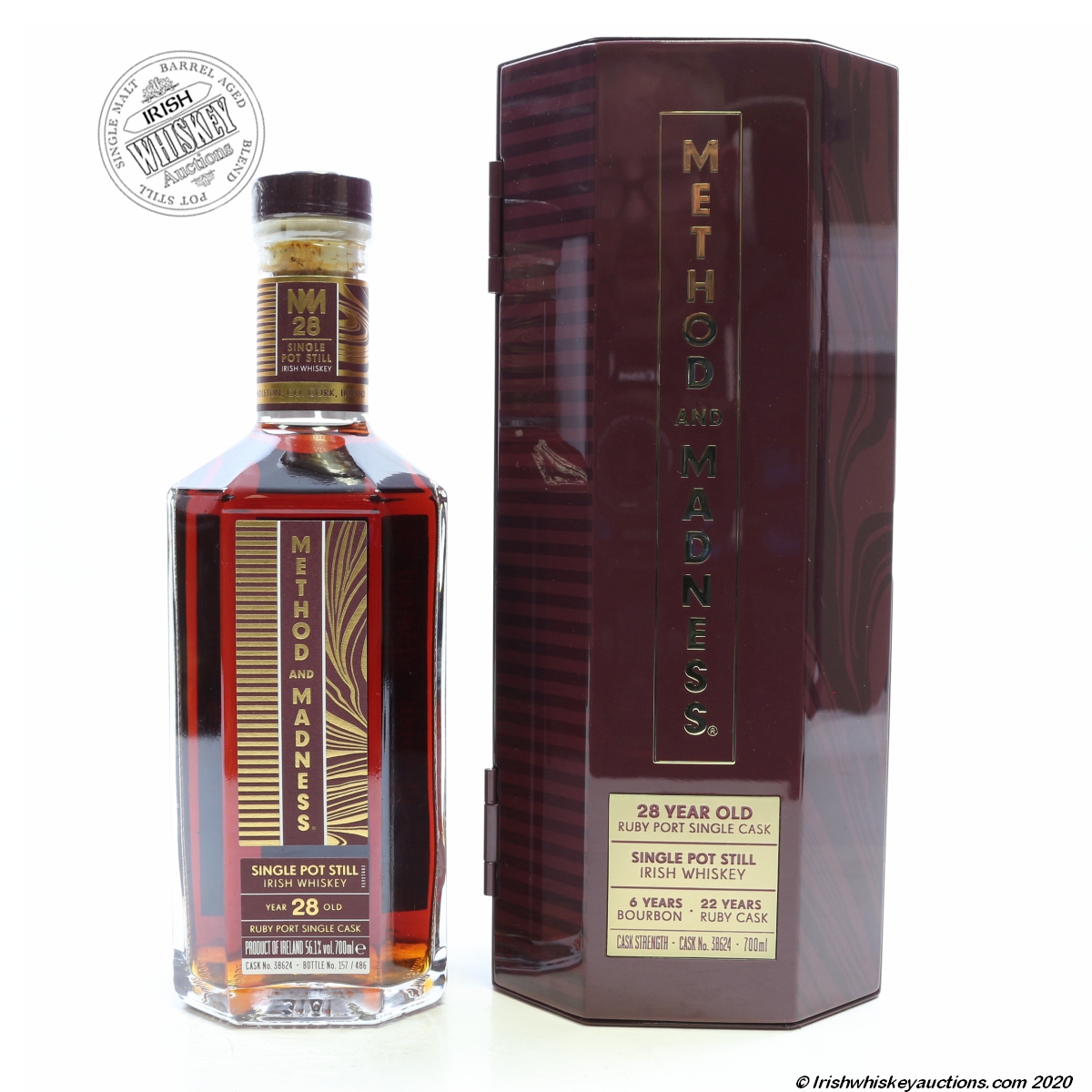 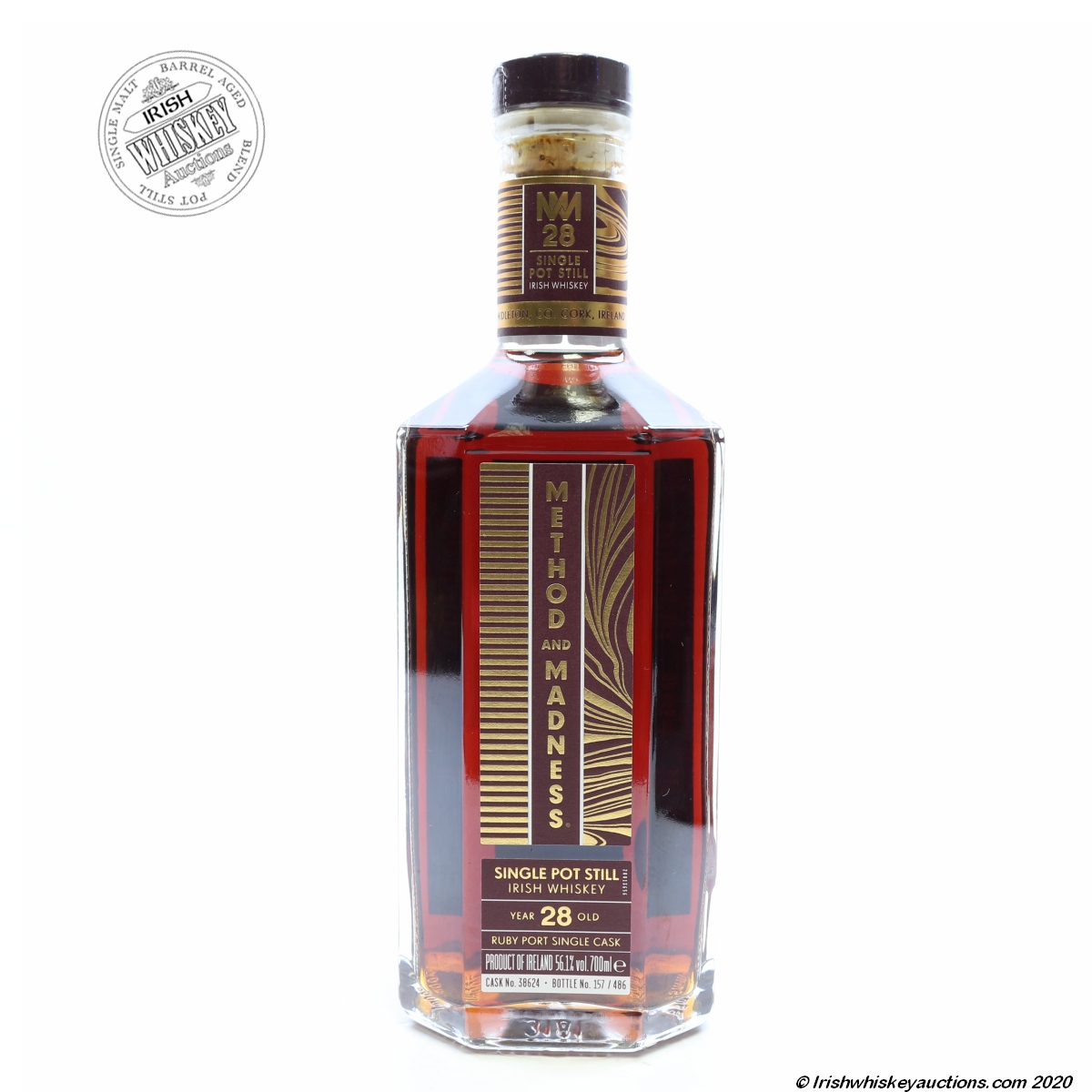 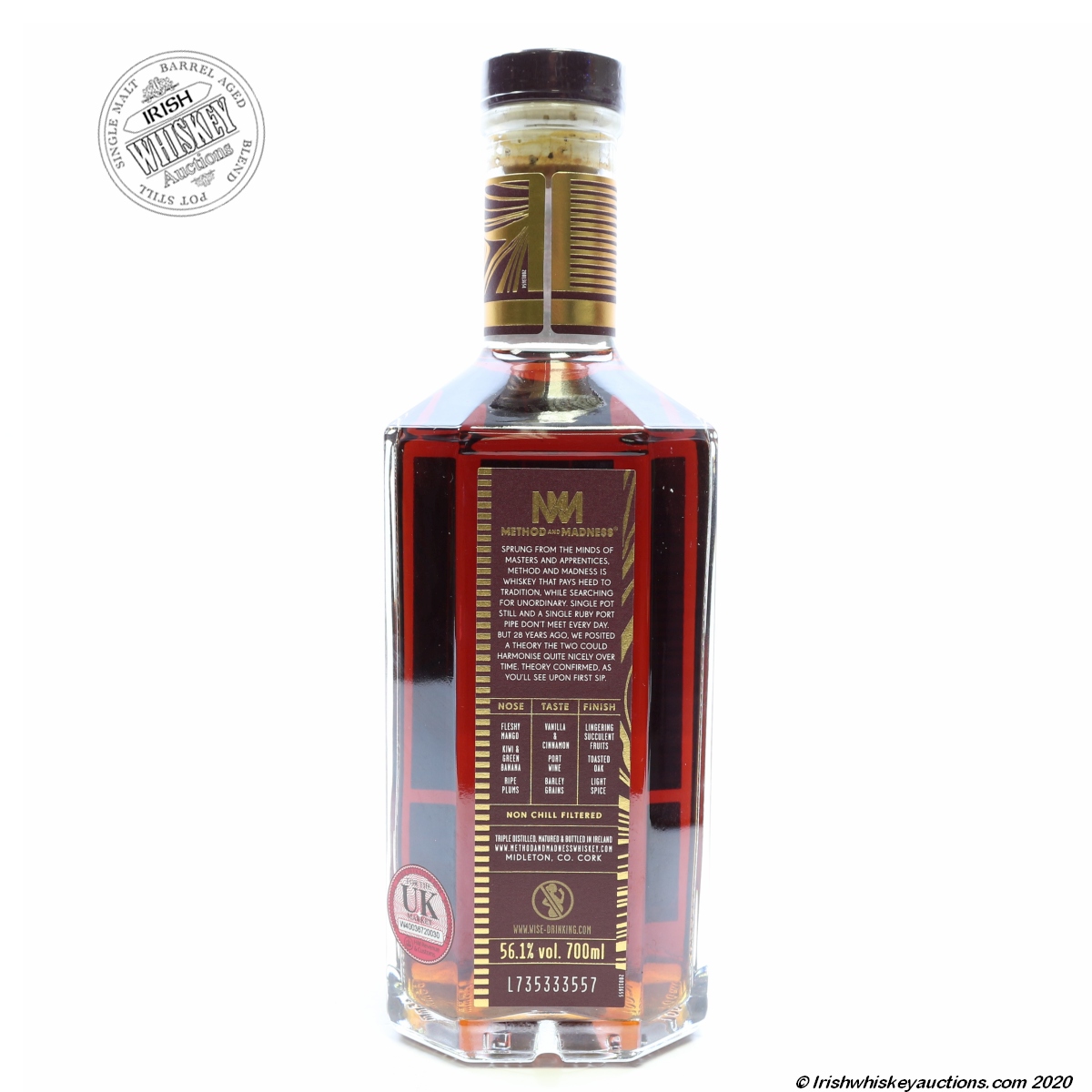 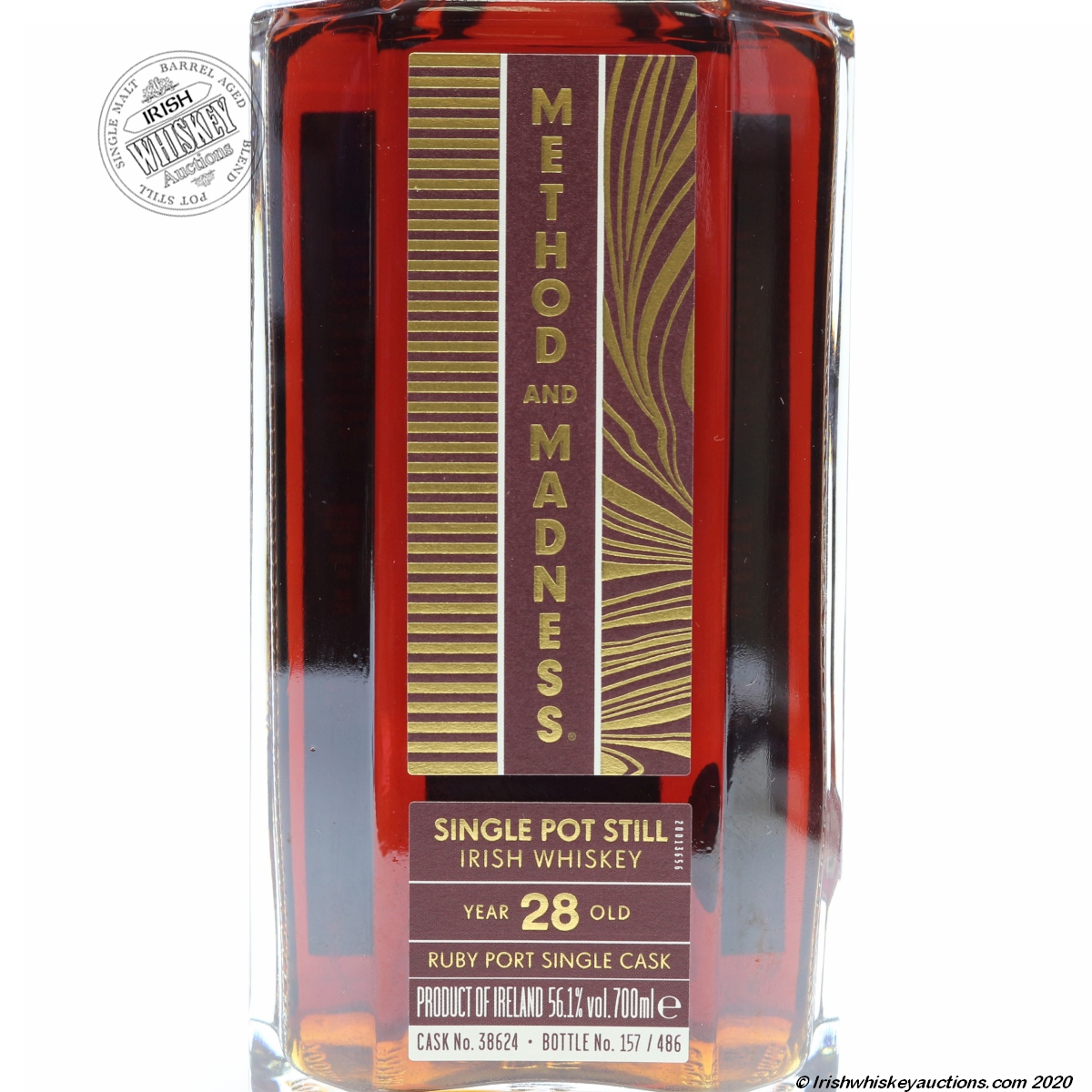 This Ultra-Rare Method and Madness release is a Ruby Port Single Pot Still Whiskey matured initially for six years in American oak barrels, before being re-casked into a Ruby Port pipe for a further 22 years. An absolutely astounding whiskey. Highly acclaimed by all lucky enough to taste it.

It is a very Limited Edition Single cask Release (Cask No. 38624) that is immaculate in it's presentation with an Octagonal Display case showcasing the ruby red Colour of the Whiskey itself. Definitely a collector's piece for years to come or an ideal special occasion whiskey. A great example of the creative edge from The Midleton Distillery