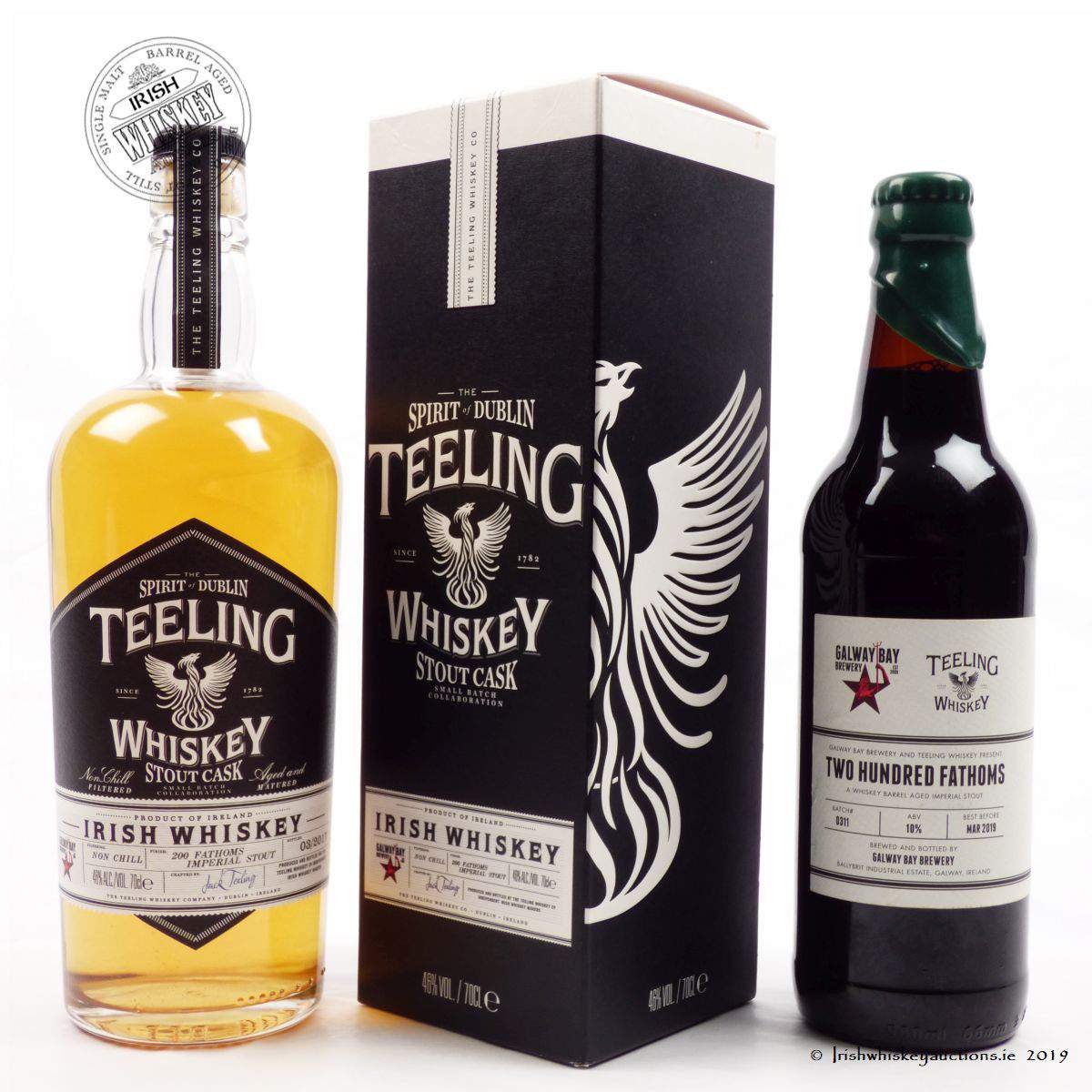 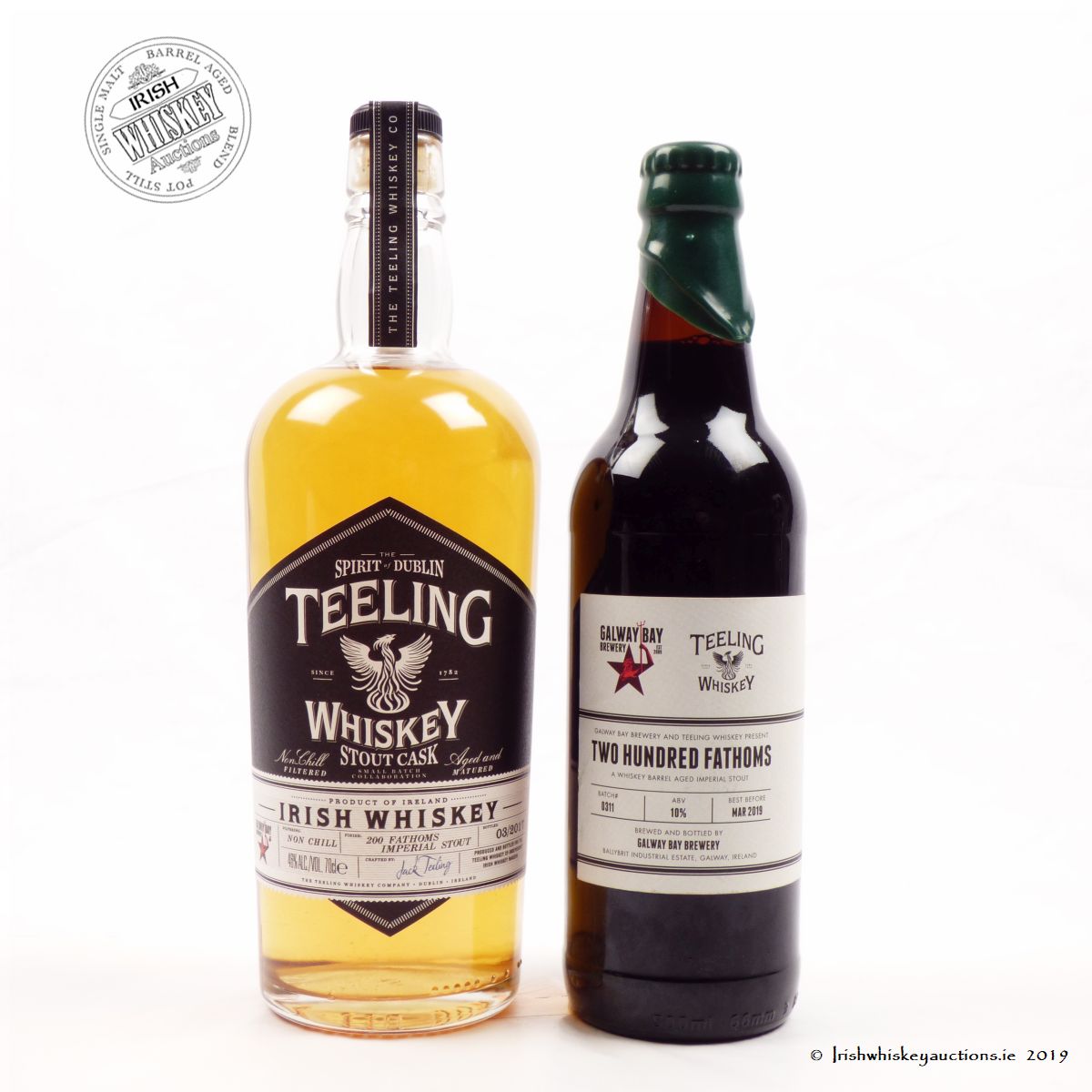 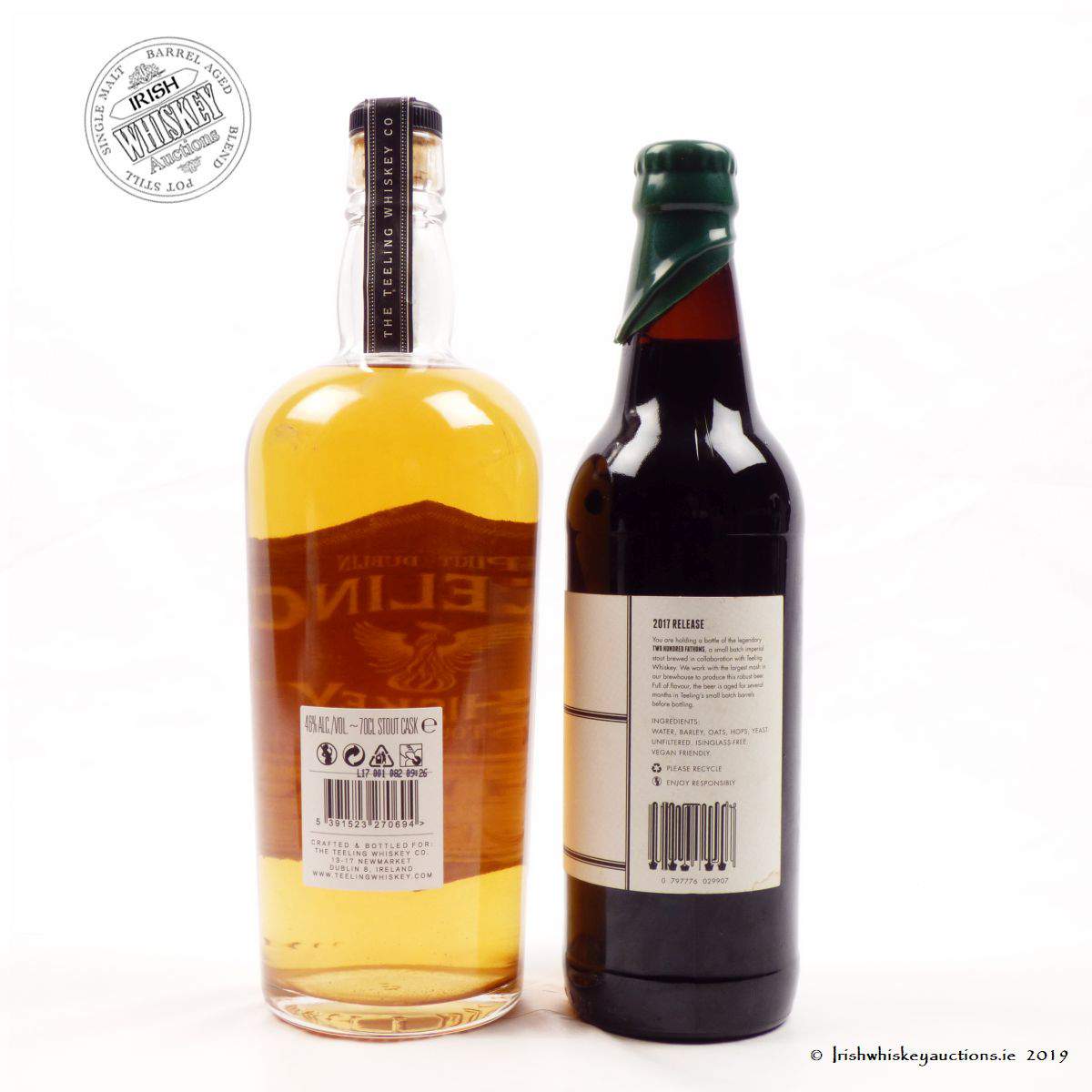 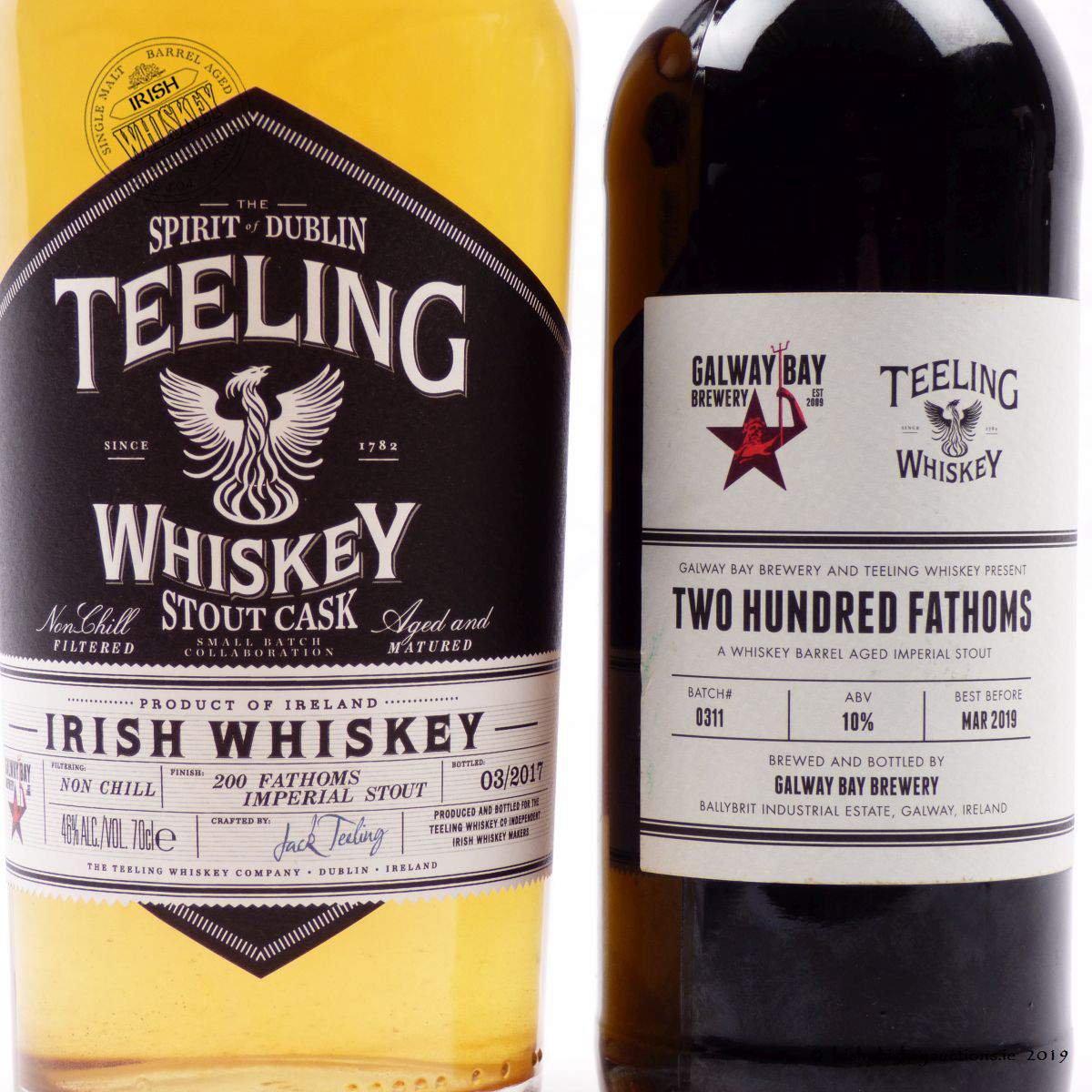 A collaboration between the Teeling Whiskey Company and the Galway Bay Brewery using their Small Batch whiskey finished in the Stout barrels that held the 200 Fathoms imperial stout from the brewery.

The distillery also returned the favour by allowing the brewery to finish their stout in some Whiskey casks.

A bottle of each of the products is included in this lot.

Both in New Condition.