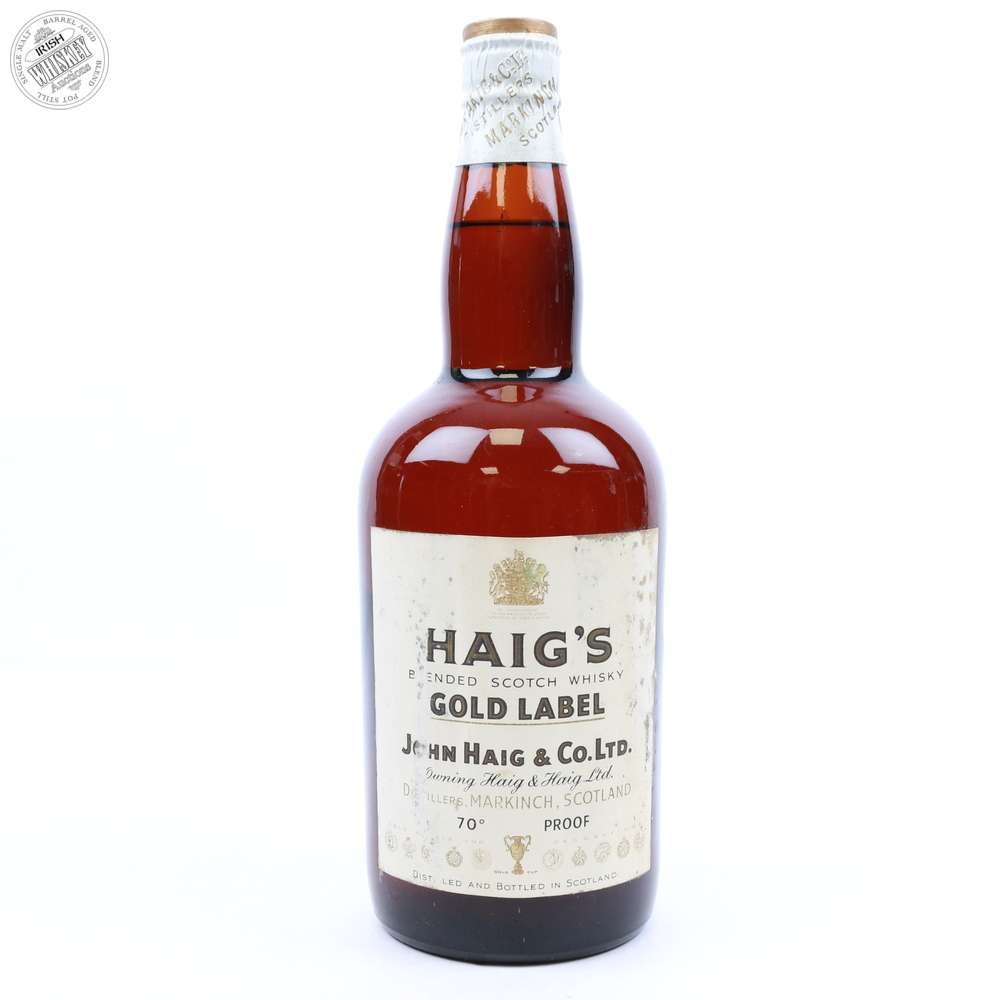 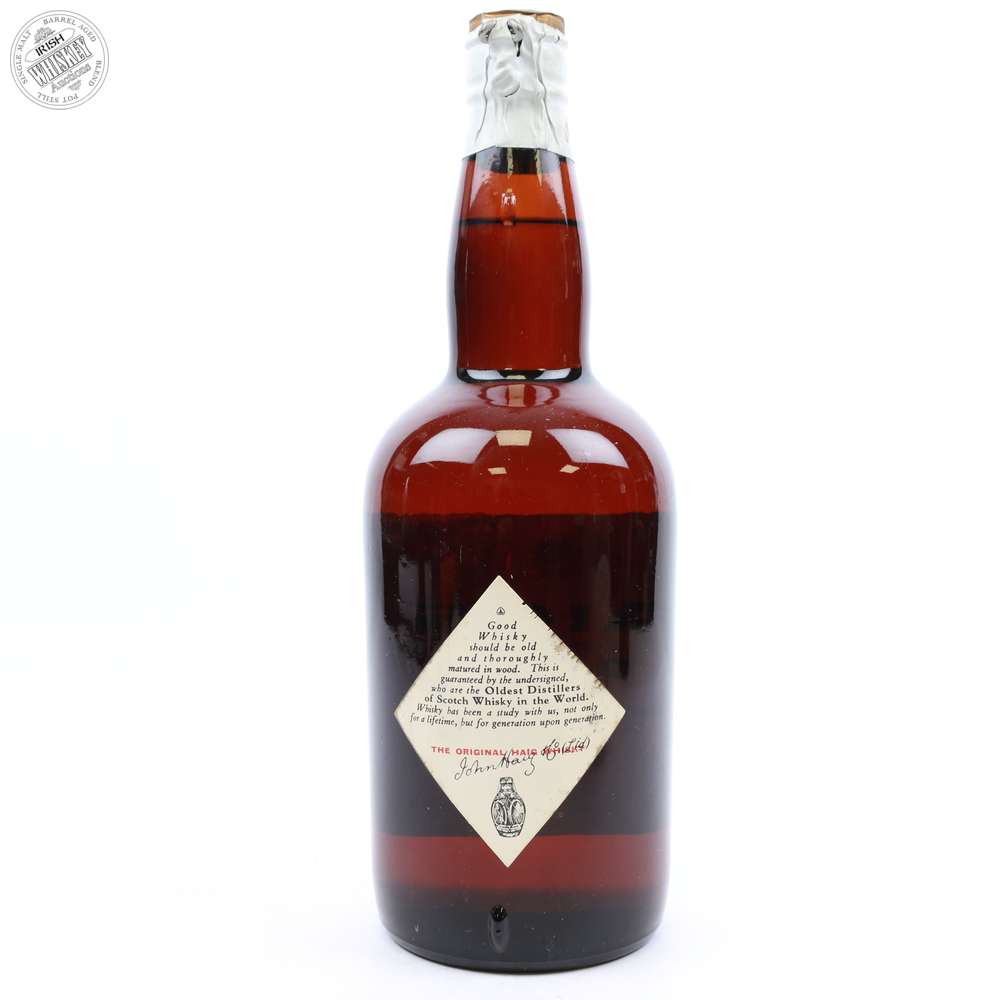 An old bottle of Haig's Gold Label blended whisky, released back in the 1950s and closed with a spring cap.